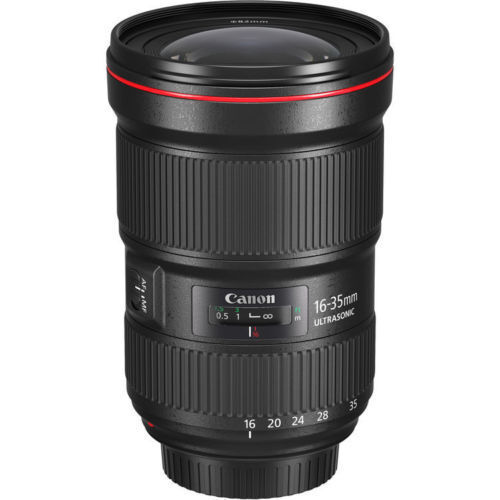 Canon is one of the world’s largest manufacturers of photographic equipment. Because of this, owners of Canon cameras have a wide variety of camera lenses to choose from, both from Canon themselves and from third-party manufacturers.

All of Canon’s mass-market lenses that are currently in production are based on their EF mount, first released in 1987. Today, the EF lens family is divided into three subtypes. Standard EF camera lenses fit full frame Canon cameras. Canon EF-S lenses were first released in 2003 in order to fit more compact cameras equipped with their APS-C sensor. They are not compatible with Canon full-frame cameras. Finally, in 2012, Canon launched their line of mirrorless cameras. Canon’s mirrorless cameras accept their EF-M lenses, which are not compatible with Canon DSLR cameras. Mirrorless cameras will only work with standard EF and EF-S lenses if fitted with an adapter. Adapters can also be used to connect pre-EF lenses to modern Canon cameras.

The most basic Canon lenses are their standard zoom lenses and their intermediate focal length prime lenses such as the ubiquitous EF 50mm f/1.8 STM. These are the workhorse general purpose lenses for most photographers, capable of representing what the eye sees quite accurately. They are versatile enough to tackle a wide range of photographic tasks, including portraiture, street photography and landscapes. Standard zoom lenses are available in EF, EF-S and EF-M formats at a range of aperture sizes.

While standard zoom lenses and mid-sized prime lenses can handle most photographic tasks, hobbyists and professionals alike will eventually want more niche lenses. Wide-angle lenses for Canon cameras allow users to capture wider areas for landscape or architectural photography, while telephoto lenses achieve the opposite, letting users capture images from long distances. Some more exotic lens types can be used to achieve interesting effects. Canon fisheye lenses aren’t the most versatile, but they open up new artistic possibilities that cannot be matched by any other lens type.

Canon is not the only company that produces lenses for Canon cameras. Third-party manufacturers such as Tamron, Samyang and Sigma produce camera lenses for cameras made by other manufacturers. Because Canon’s EF system is so popular, it attracts a lot of third party support.