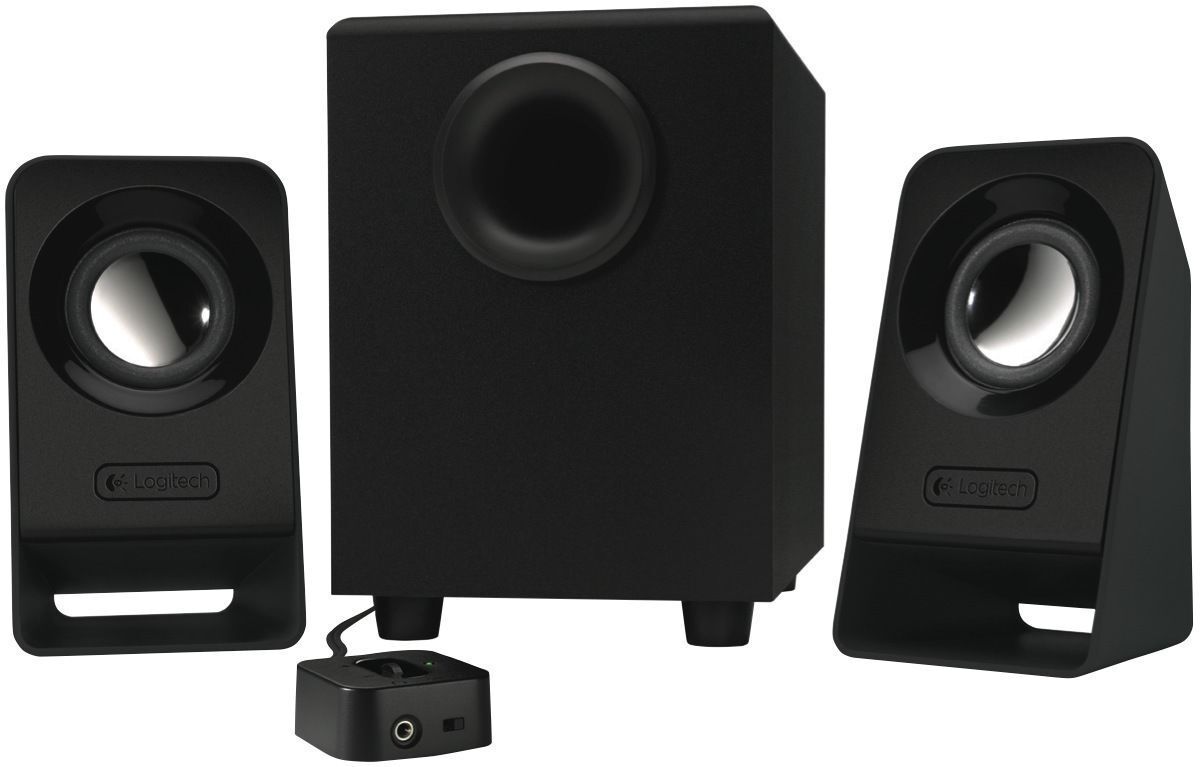 Logitech computer speakers generally come in set of two, three, or six speaker components. The two set system offers basic stereo. The three set system adds a bass speaker or a subwoofer to heighten sound quality and add additional immersion. Finally, the six set system enables full surround sound, with five stereo speakers intended to be placed in front of and behind the user and a subwoofer to ensure maximum sound quality.

Some Logitech speakers are Bluetooth enabled, allowing them to be set up without the need to worry about wiring. This lets the user arrange their computer speakers in a wider variety of positions, such as on top of shelving or any other location where cables would not necessarily reach. A Bluetooth audio adaptor can be purchased to stream music to computer speakers and is easy to set up.

Shop for Logitech computer speakers and select high quality sound output devices for your desktop or laptop computer from this world-renowned brand. Simply select Afterpay as your payment method at checkout.