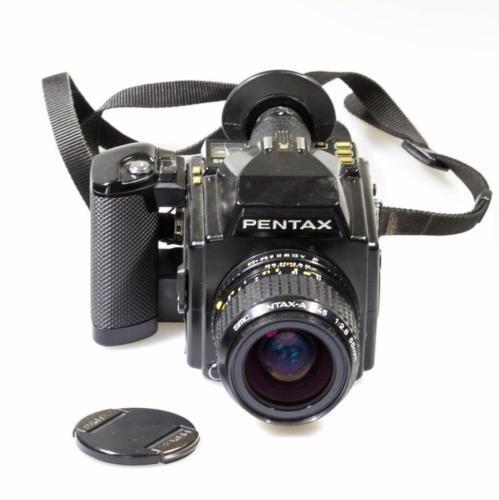 Medium format film cameras are differentiate from other cameras in that they produce still film photos no smaller than 24 by 36 millimetres, and no larger than four by five inches. This SLR camera is popular for creating high image quality, and their manual nature. For example, autofocus has never been available on medium format film cameras. Photos can easily enlarge, and the depth of field is great, with the ability to capture close foreground and far background. Choose cameras with focus types, such as fixed and Manual focus medium format film cameras to further customise your experience.

Most medium format cameras use 120 and 220 film sizes. This film is in a roll and limits exposures from 8 to 36, which is smaller than 35 millimetre film. Aspect ratios determine the type of film, and certain models and brands use a specific size film, like 70 millimetres.

Cameras with plastic lenses and plastic parts are available as budget options. These medium format film cameras are not suitable for professional photography, as the image loses its sharpness and is likely to leak light, change the photo colour, and produce vignetting. However, many people find this interesting or artistic and enjoy the use of these medium format budget cameras.