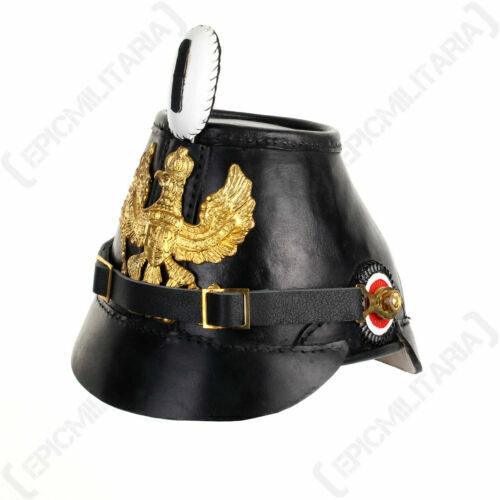 Military collectables are some of the most fascinating specimens of military history. From helmets, badges, weapons and even military rations, there’s so much human ingenuity to be found in each article and item. Military helmets, in particular, are great examples of how nations balanced the elements of production in terms of protective capabilities and ease of manufacturing.

The earliest examples of modern military excellence are found in collectable helmets from 1914 to 1818. Spanning a period of nearly a century, this category may amaze you with the variance. A WWI German M.16 steel helmet is a great example. The bucket-style design offers ample protection, while the lip and visor section runs around the circumference to protect against the sun and pouring rains. Moreover, the WWI Brodie helmet, designed in London in 1915, is colloquially called the shrapnel helmet. It was the product of necessity because combatants in WWI didnt issue any headgear to their troops at all, resulting in an unprecedented number of head wounds from modern artillery weapons.

WWII collectable helmets from 1939 to 1945 exemplify the improvements made in modern military strategy and tactics. The M40 German helmet is an icon of streamlined design, with a solid angled neck guard and short, practical visor that makes the rain trickle down the side so as not to obstruct the soldiers vision. The Soviet army steel SSh-30 helmet used a simple scheme with modern influence and was much easier to manufacture than its predecessor, the M36. Furthermore, the M1 helmet, standard issue for the US army until 1986, consisted of a steel shell design that remained largely unchanged until the modern Personnel Armor System for Ground Troops (PASGT) helmets replaced it.

Aside from helmets, you can also collect other militaria, such as badges and standard issue packs. Many can even be considered investments as their historical value may likely compound their prices. These include helmets, daggers and swords, Vietnam war relics, militaria groupings and Gulf War memorabilia.