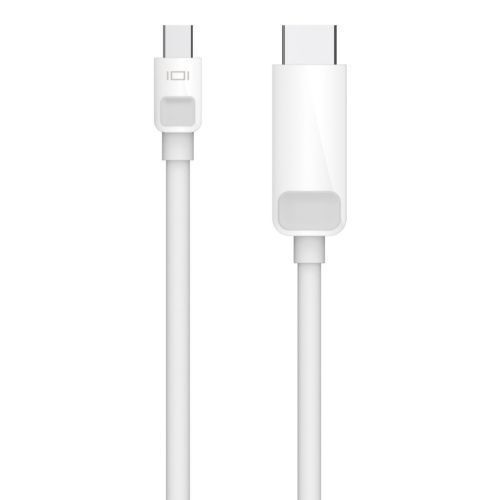 Mini DisplayPort refers to the type of video output port on a computer. This particular port is named for its small size and as such is common on smaller devices, such as laptops and tablets. It originally was designed and implemented by Apple; however, it is now found among many brands. Some prominent brands that also feature the Mini DisplayPort are Dell, Lenovo, Microsoft and Hewlett Packard.

There are many different computer cables and adapters available to be used in conjunction with a Mini DisplayPort. These include 3-in-1 adapters that allow you to output video using a VGA or DVI cable instead of HDMI, depending on the required connection at that time. Another example is 1:2 monitor HDMI cables, which enable you to output the same image to two HDMI displays.

Getting the right computer cables is necessary to successfully output video; therefore, check to ensure your computer has a Mini DisplayPort. They are 7.4 mm wide and 4.5 mm high. The port is most commonly associated with Apple laptops, especially from 2013 onwards when it was made standard on the brands laptops. So if you have a recent Apple laptop, it is likely it will be compatible. However, since 2016, Apple has begun moving to a different format, and newer laptops may not work with these particular computer cables.

The Mini DisplayPort is able to output video on displays with a resolution up to 2560 by 1600 in its DisplayPort 1.0 implementation and 4096 by 2160, or what is commonly called 4K, with DisplayPort 2.0. The Mini DisplayPort can also output digital audio with some exceptions. In its original introduction on Apple laptops in 2009, it was unable to do this and audio had to be handled with another connection, such as FireWire. Make sure to check which model laptop you have to ensure a way to output sound.