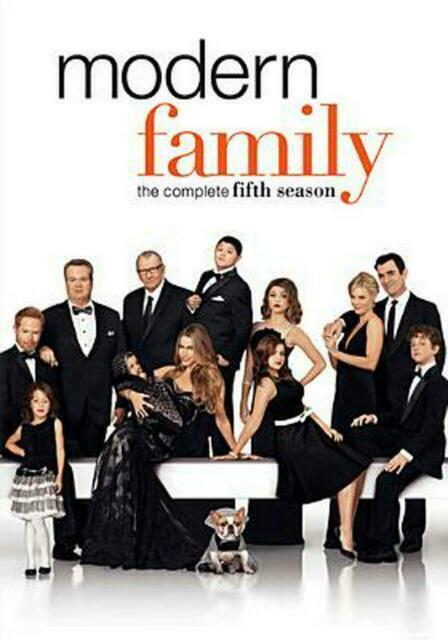 The TV series Modern Family revolves around the lives of three very different kinds of modern family: a traditional nuclear version, a multicultural stepfamily, and a same-sex family. It has been an extremely long-running and highly successful series, finally ending in April 2020 with the airing of the finale of the eleventh and final season. Currently, box sets of various seasons and season combinations are available on DVD and Blu-ray.

The popularity of Modern Family could have a lot to do with the presentation of the show as a mockumentary. The program pretends to be a serious documentary in order to “take the micky” out of the situations presented. The characters often “break the fourth wall”, a technical term for breaking with the traditional film style which separates cast and audience. Periodically, the characters address the audience directly.

The series revolves around the lives and comical interactions of three unique family groups. Jay, father of two adult children, Claire and Mitchell, has remarried a much younger and highly spirited Columbian woman, Gloria, who also has a son, Manny. Together they also have another baby son. Claire is married to Phil, and they have three children of their own, and Mitchell and his same-sex partner Cameron have adopted a young Vietnamese girl. The potential for confusing interaction is obvious.

The series launched to critical acclaim and peaked around seasons three and four, when it claimed over 12 million viewers. The show has won many prestigious awards, including 22 Primetime Emmy Awards and 6 Writers Guild of America Awards. Yet it has also been criticised for its casting of the main female characters as stay-at-home mums and their husbands as successful career-oriented men.

Season 11 will be the final one of the entire series, going to air in April 2020. 12 million people can’t be wrong, can they? Grab a boxset copy of the series on Blu-ray on eBay and decide for yourself.