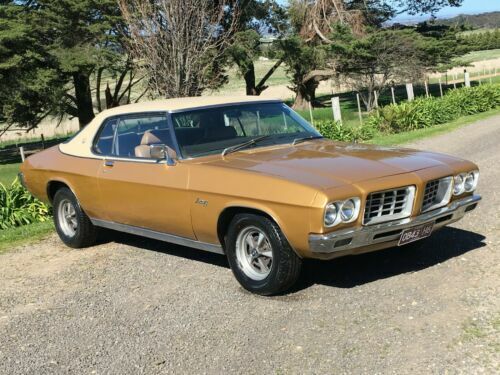 Sometimes buying locally is easy, but in a world of Japanese imports and American muscle cars, can you still get an Australian car? The Monaro was made by an Australian company, Holden, and named after Monaro in New South Wales. The first ones rolled off the assembly line back in 1986, but they brought the line back between 2001 and 2006.

A Car With Pedigree

The first generation Monaro won the Bathurst 500 in 1968, and in 1969 it placed third in the Australian Touring Car Championship, culminating in it being awarded the Wheels magazine’s 1968 Car of the Year award. In 1971, the second generation of the Holden Monaro was released with a broader range of larger size engine options, and even a limited edition a little down the track. The second generation was produced until 1977, and the world wouldn’t see another Monaro until 2001, almost a quarter century later. From 2001 to 2006, the third generation of the Holden Monaro cars appeared on the market to remind everyone of this muscle car legend.

A Legacy of Success

The Holden Monaro has inspired a large amount of concept cars, even years and years after production stopped. Nowadays, you can still find a lot of Monaro cars from all three generations on the market, often lovingly maintained or restored by people with an affinity for classic muscle cars. And if they’re in a bit of a rough shape, you can take the opportunity to have a turn of the hand yourself.