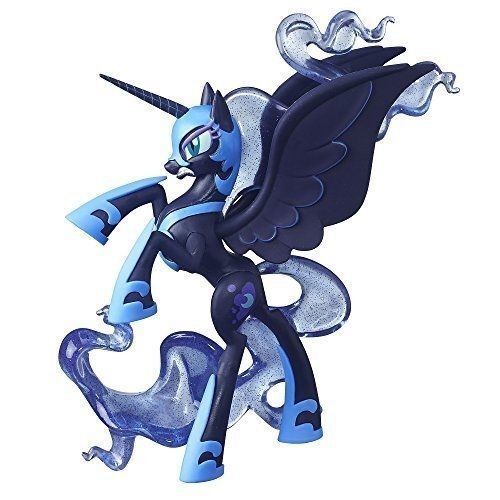 My Little Pony: Friendship is Magic is a cartoon about six ponies living in Ponyville and their day-to-day exploits. Spinning off from a popular toy line and subsequent cartoons from the 1980’s, Hasbro manufacturers a variety of toys that coincide with the characters and popular spots throughout Equestria. Aside from your typical merchandise that includes clothes, home goods and books, there are a variety of toys for children to enjoy. These toys include action figures and figurines, playsets, stuffed animals, games and electronics. Because of the popularity of the modern cartoon, Hasbro ensured coverage in all toy genres.

Action figures are a popular toy for all children, and when it comes to these fun, lovable ponies, they are hard not to collect. My Little Pony Action Figures range in size from small figurines in surprise packs to larger, more versatile figures that have points of mobility to emulate the movements of an actual character. Most of the popular characters, including the six main ponies, come as action figures. Whether as a set of ponies or as individuals, My Little Pony action figures are a fun way for children to reenact some of their favourite scenes and stories from the cartoon series.

Playsets are a fun way to incorporate action figures into buildings and scenery. Hasbro manufacturers several My Little Pony toy playsets that feature some of Ponyville’s buildings and popular scenery. Some of the playsets they have include Twilight Sparkle’s library, as well as her princess castle. Others are the castle in Equestria, the Crystal Empire castle, Sugarcube Corner and Sweet Apple Acres. Many of these playsets come with accessories to outfit the buildings and scenery as well as additional characters to support any type of role-playing your child may want to engage in. These are a great way to round out an entire My Little Pony toy collection.

Stuffed animals are always a great hit when it comes to toys representing a favourite cartoon. Specifically, stuffed animals from My Little Pony resemble the six ponies the cartoon focuses on, including Rainbow Dash, Twilight Sparkle, Fluttershy, Applejack, Pinkie Pie and Rarity. They come in a variety of sizes, from small plush keychains to large stuffed animals that can be good cuddling buddies.