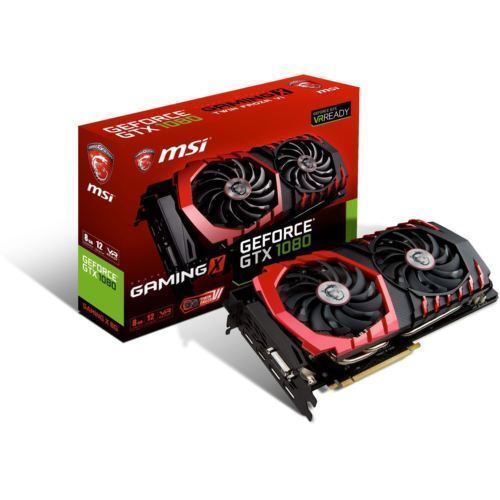 A computer screen image that stutters. Screen glitches like warped colours or odd artefacts. Excessive fan noise due to an overheating graphics card. The blue screen of death. These are all warning signs that your graphics or video card is about to die. Luckily, with the range of 8GB memory NVIDIA computer graphics and video cards available here on eBay, you can find a replacement before the dreaded blue screen takes over.

NVIDIA was founded in 1993 by Jensen Huang, Chris Malachowsky, and Curtis Priem. Their first product, the NV1, was launched in 1995. They revolutionized the graphics processing unit (GPU) in 1999 and they state that their life’s work is to boost human imagination and intelligence. They’re responsible for the world’s largest gaming platform, NVIDIA GeForce, and they can turn regular computers into powerful gaming machines thanks to the additional of their famous graphics and video cards. Continuously reinventing themselves, they have now turned their sight onto reimagining what can be achieved through the creation and manipulation of artificial intelligence.

A graphics card, also known as a video card, generates the images on your computer screen. It contains a graphics processing unit (GPU) to process and feed out these images, as well as performing additional processes to take the load away from the computer’s central processor. It’s an incredibly useful addition to any computer. However, if a NVIDIA video card isn’t quite to your taste, why not check out the full range of computer graphics cards or video cards, or if you’re specifically after 8 GB of memory, check out the 8GB memory computer graphics and video cards. Whether you’re an avid gamer, a multimedia whiz, or a streaming movie fan, you’re sure to find the 8GB memory NVIDIA graphics and video card to suit your computer here on eBay today.