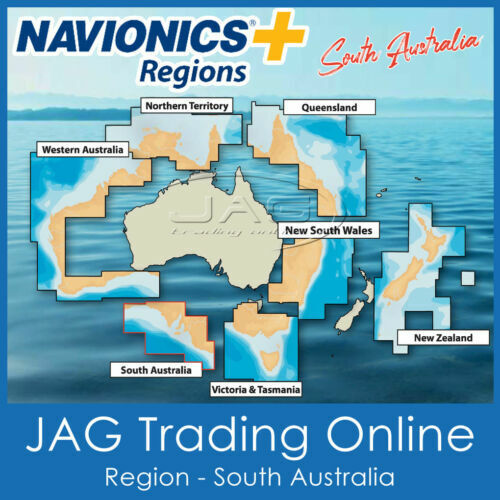 A well-known producer of boat GPS and chartplotters, Navionics is an Italian company that has been manufacturing electronic navigational charts since 1984. Being a pioneer in marine cartography, it was the first to introduce a marine electronic chartplotter, the Geonav, to the world. With its large database of marine and lake charts, Navionics specialises in offering extensive database for people keen on undertaking excursions, such as outdoor trails for hiking, mountain biking and other outdoor sports activities. For its Australian market, Navionics offers various types of charts; the Gold, Silver and Platinum options are an older range of marine GPS units.

Navionics Silver offers a unique perspective to enhance the basemap and increase navigational safety. It can be preloaded in some chartplotters. Some of its features are highlighting coastlines, providing navigational help, drying lines and information about depth (up to 10 m) and international navigational standards.

With the ability to cover vast areas, even continents, down to the details (zoom resolution of 1 metre), Navionics Gold is the most widely used navigational chart among sailors in the world. Retrieval of an extensive database along with its extrapolation with Navionics’ surveys in a 2D model makes this chart a big hit. Its prominent features are user-friendly, high-quality nautical charts, port plans, safety depth contour, marine services with phone numbers and navigation aids with XP. Navionics Platinum is an extension of Navionics Gold as it provides extended features in a 3D Model.

While Navionics + is a budget-friendly version that delivers 2D charts, Platinum+ provides detailed 3D charts, depending on user contexts. Both plans offer nautical and sonar charts. Be it in a 2D or 3D view, these latest versions provide satellite overlay, detailed shorelines, docks and boat ramp locations and help in assessing tides and currents. These chartplotters help find the best fishing locations by targeting the underwater structure, such as road beds, foundations, bridges, brush piles, culverts and creek channels, with up to 0.5-metre HD contour.

Navionics nautical charts are supported by a very large number of marine plotters from popular manufacturers like Humminbird, Navico and Raymarine. A recent innovation introduced by Navionics is allowing users to edit their maps and share them in real time with the community.