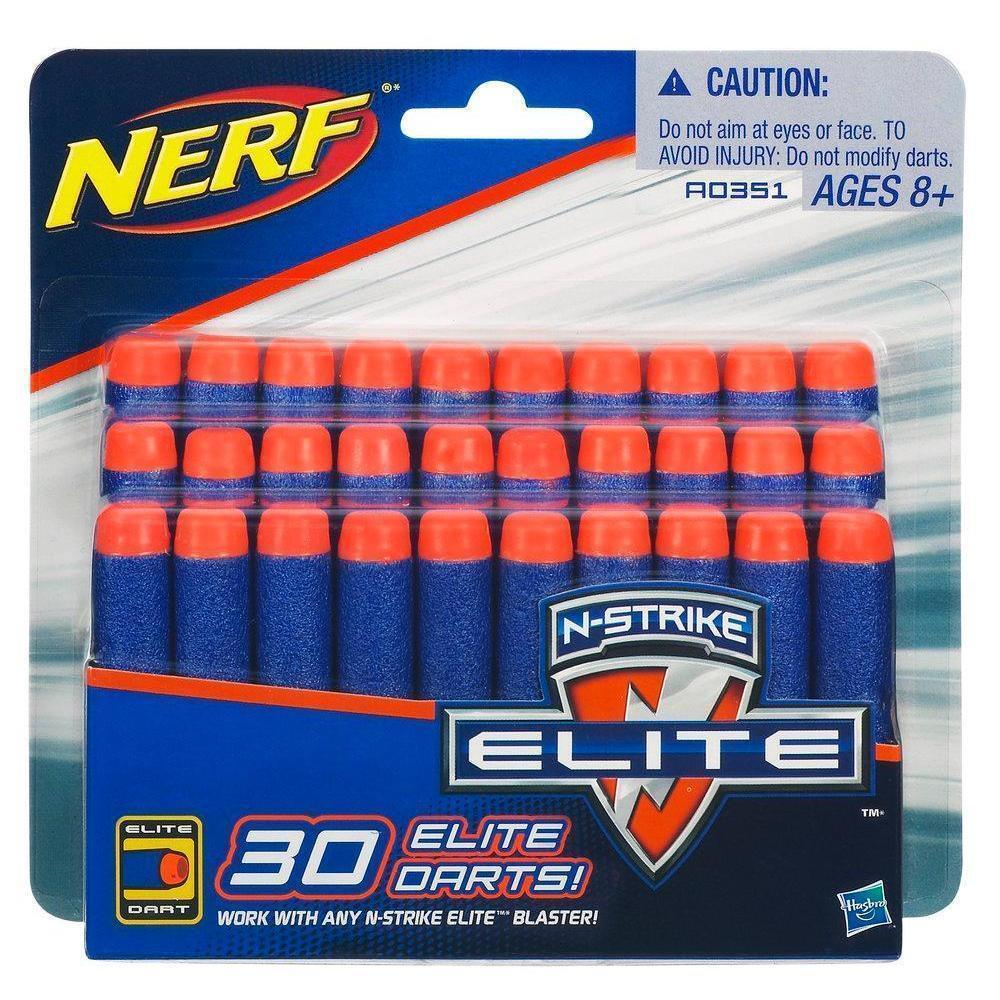 Whether battling across a playground, office, forest or bespoke Nerf battle arena, the one thing you can never have enough of is ammunition. The only thing that’s better than hitting your opponent is hitting them twice, and for that you’ll need twice as many nerf bullets. Nerf bullets, also referred to as Nerf darts sometimes, are colourful foam projectiles that are fired with enough force to go far, but which are too light to hurt or injure even slightly. They’re made in a variety of bright, easy-to-spot colours, but most commonly come in blue with orange or red tips.

There’s more than one type of Nerf ammo, and they don’t all fit the same Nerf guns. The most common size or type is the Elite dart, which fits both standard Nerf guns and Nerf guns with a magazine system. Magazine system Nerf blasters take what are called streamline darts, which have a smaller diameter. Elite darts are the only size of dart out there that will work for both systems, but they’re not the only types. Nerf also produces specialty ammo such as suction darts (self explanatory), whistler darts (they make a whistling noise as they fly through the air) and glow in the dark darts. Nerf is constantly bringing out new and better types of ammo, so keep an eye on that! Nerf darts are usually sold in multiples of sixteen.

Having a lot of ammunition is no good if you don’t have the carry capacity to bring them all with you to your next Nerf battle. Various accessories for Nerf guns exist that let you carry more ammo, shoot more accurately and look cooler. Vests that let you carry ammunition and spare magazines are always a good starting point, and you can count these as armour too. Tactical and targeting lights are helpful in low-light conditions, but be careful and don’t give your position away!

The guns are the most exciting things about Nerf outdoor toy battles, and after years on the market there’s a huge range of different guns out there to customise your personal armoury.