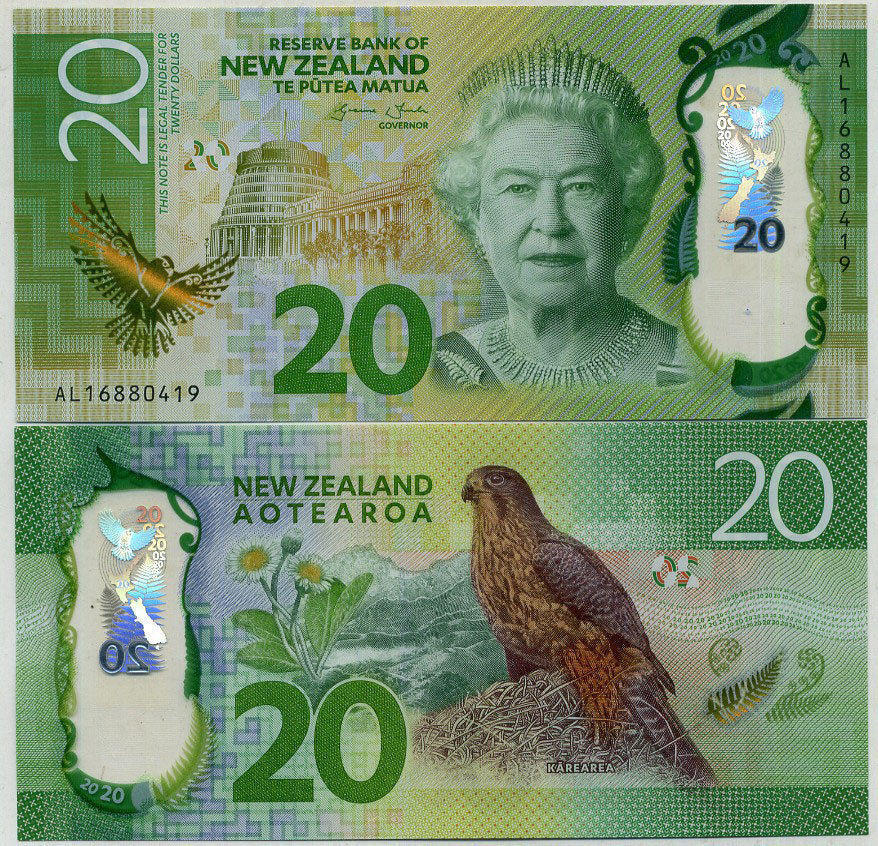 Popular amongst collectors of Pacific notes, New Zealand bank notes have undergone several changes in the past 100 or more years with outdated versions swiftly gaining collector status. Known for their coloured designs and features of influential New Zealanders and native birds, the notes themselves are often beautiful in their own right.

The one-dollar note has been out of active service in New Zealand for some time, and its collector status means its now worth much more than its one-dollar marking. Featuring a youthful Queen Elizabeth II on one side and a native fantail on the other against a pretty floral backdrop, its from the days of paper notes, which would fall apart when accidentally put through the wash. Each note features a serial number to prove its validity. The one-dollar note was introduced in 1967 and withdrawn from circulation in 1991, as it and the two-dollar note had been replaced with gold one- and two-dollar coins instead. Over that time, the collectors value of the one-dollar note has increased by more than thirtyfold.

Released in the year 2000 as a millennium commemorative note, the 10-dollar note has become a collectors item. Its vivid blue and purple hues stand out and are echoes of the feathers of the native wood pigeon, known as kereru. Depicted on the front is a Maori waka, or canoe, which is how the native people of the country travelled to New Zealand and navigated their way to surrounding countries, using the constellations for guidance. The other face of the note depicts New Zealanders undertaking all kinds of adventures, from hiking to skiing, surfing and flying, stating "Celebrating New Zealands Free Spirit and Quest for Adventure in the New Millennium." New Zealanders are notoriously proud of their adventurous and free-spirited, can-do attitude, and clearly arent afraid to immortalise it on their currency.

Also of interest amongst collectors of currency are New Zealand coins. Some are long outdated, such as the penny, and others are becoming harder and harder to find, such as the little copper-coloured one and two-cent pieces that are now outdated.