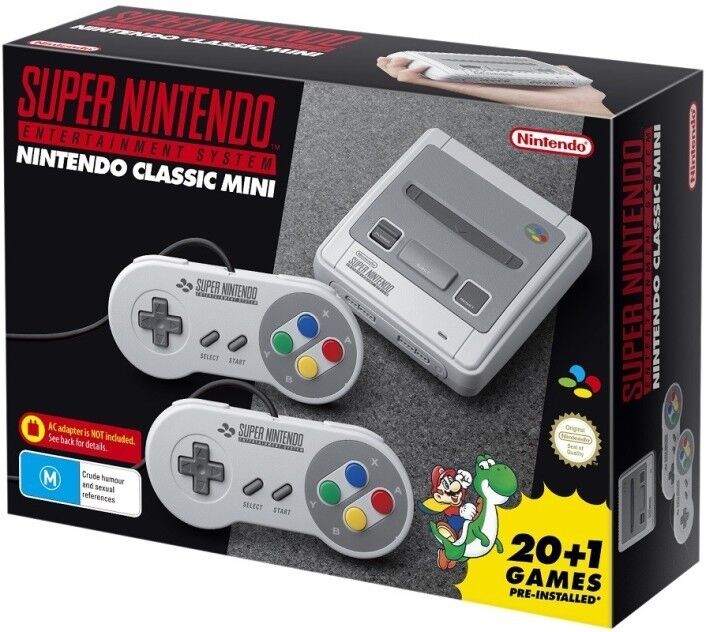 The SNES was first released by the Nintendo corporation in 1991 as a follow up to the NES gaming system. Since then, the console has been released in "classic" formats with built-in games in different versions, selling tens of millions of units. You can find SNES consoles in various formats on eBay.

Available versions of the Nintendo SNES

The Super Nintendo has been made in various formats over the years in Asia and North America. There are a number of different versions available that were released only to Asian gamers along with these more common versions:

Are games included with the purchase?

Certain versions of the console come with game cartridges. The SNES Classic and Classic Mini come with games preloaded and are ready to play right out of the box. Some of the listings come with significant game libraries that include many of the most purchased games on the system, including:

Do controllers come with the purchase?

The SNES console has two built-in ports for controllers, with the possibility for expansion to four. Check the listing that interests you to see if it includes controllers. Some SNES eBay listings include only the console, and some include one or two controllers. Both proprietary and third-party controllers are available.

Features of the Super Set

Can you find a Super Nintendo original with the original box?

Some SNES eBay listings come with the original box, including versions that were released in the early days of the console. These are often sought after as collector's items.

Content provided for informational purposes only. eBay is not affiliated with or endorsed by Nintendo.