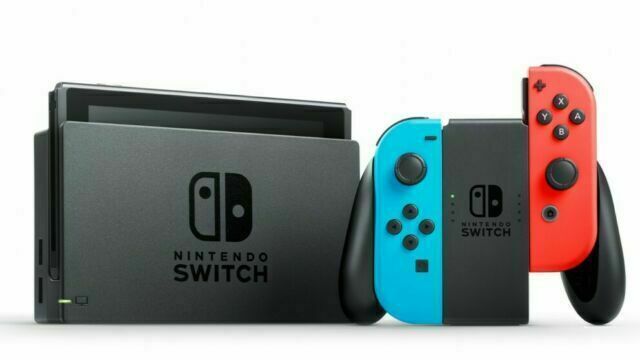 Switch it up with a Nintendo Switch console

Nintendo has been one of the leaders in the video games and consoles industry for decades now, having produced some of the most popular hand-held gaming systems of all time, including the beloved in the Game Boy. And while the Game Boy might be a thing of the past, there’s a new handheld Nintendo gaming system that's caused quite a stir – the Nintendo Switch. Luckily for you, you can get your hands on all the handheld fun quickly and easily with the help of eBay.

The Nintendo Switch is unique in the sense it can be used as a traditional console and also as a handheld device. Either take it with you and play on the built-in LCD screen, or play on a television and use the Switch as your controller.

It has two detachable Joy Cons, which are essentially the controllers, so you can take them off if you’re using handheld mode and put them back on for console use. Not only that, but there’s a subscription service allowing you to download games, invite friends to multiplayer matches and more.

A giant library of games

The Nintendo Switch video game console has plenty of awesome video games to choose from. Of course, you’ve got access to plenty of the Nintendo classics, but there’s also a stack of newer games coming out specifically designed for the Switch.

The cool thing about the Nintendo Switch is all the special limited-edition versions you can buy. This might give you access to particular games, or could even mean the console itself is designed with a particular game’s colours and imagery. For example, there’s special Animal Crossing, Pokemon and Super Smash Bros editions all waiting for you to collect. Check out all the great options on eBay today.