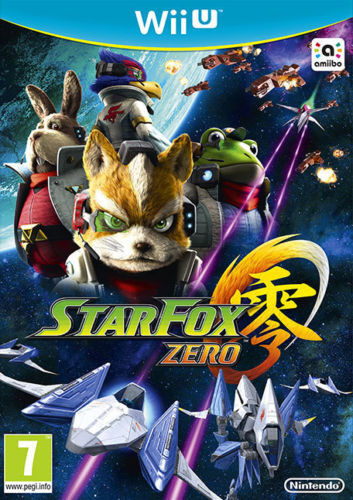 Nintendo released their eighth generation console, Wii U, in 2012 as the first of its kind. This popular successor to the Wii console was the first Nintendo console to support HD graphics and as such, it continues to produce a wide collection of games to choose from. The Nintendo Wii U video game titles include re-releases of classics such as The Legend of Zelda and Super Mario Bros as well as newer titles like Tokyo Mirage Sessions and Minecraft. There are a number of attachments that pair up with the Nintendo Wii U games, including the Wii Nunchuck and Wii Balance Board to enhance your gaming experience.

The headlining star of all of the Wii U games is the Super Mario franchise, with many of the titles being born from this popular game. Some of the Super Mario games made for the Wii U basic console include Mario Kart, Super Smash Bros, Mario Party 10 and Captain Toad Treasure Tracker, with both classic and new versions available.

Classic Games for Wii U Console

Many of the Wii U games feature reincarnations of Nintendo’s most popular games of the past, giving players the chance to relive their favourite characters, sights and sounds. With the Wii U Mario games taking up a lot of these classic titles, there are also other characters including Zelda and Kirby that have a modern revival.

New Games for Wii U

The Wii U released with 25 titles and has since added to this, but not every game is a spin-off of a classic. The Wii became popular for their interactive games that allowed the family to get up and play, and titles like Sports Connection, Wii Party U and Just Dance are great ways to interact with your Nintendo Wii U console and play with others at the same time.

Games for Every Genre

The Wii U is a versatile console with games available to suit every gamer and their favourite genre. There are titles available in adventure, racing, kids, fighting, sports, survival and more. Some of the more recent titles released for Wii U include The Legend of Zelda: The Breath of the Wild and the popular Minecraft: Story Mode game.