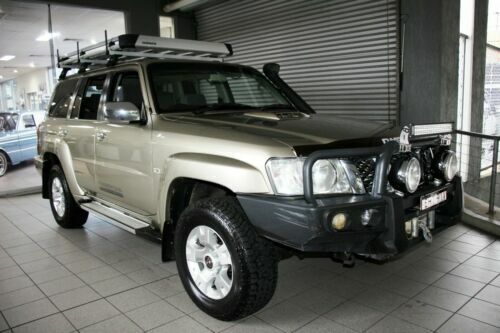 Nissan is a global automotive company with some of the world’s most recognisable cars featuring their logo. The Nissan Patrol car has been one of Australia’s most successful vehicles with many variations seen over their different generations. Nissan passenger cars are famous for reliability and comfort, and the large four-wheel drive cars in the Nissan Patrol range offer exactly that. Most Nissan Patrols come with the option of automatic or manual transmission, depending on the needs of the driver, with modern Patrols offering seven-speed automatic transmission on every car.

The fourth generation of the Nissan Patrol range was unveiled to Australia from 1987 to 1997, and during this time, Ford rebranded the Y60 as the Ford Maverick. This generation of Nissan Patrol cars were the first to take on the famous shape that the Patrol is known for and feature inclusions like electric windows, electric mirrors and air conditioning.

From 1997 to present day, the Nissan Patrol has evolved into something more modern and functional. Nissan Patrol auto cars from 2017 onwards now come with a seven-speed automatic transmission with the cars getting a significant facelift in 2014. Modern Nissan Patrols all come with a 298kW/560Nm 5.6-litre V8 engine and four-wheel drive as standard, making this one of the more powerful cars on the market today.

Vehicles for On and Off Road Travel

The Nissan Patrol passenger vehicles handle just as well on the road as they do off, which makes them a popular choice for the Australian driver. These tough vehicles feature a wide track and long wheelbase that make them great for rural travel, but they perform exceptionally well on the road as well.