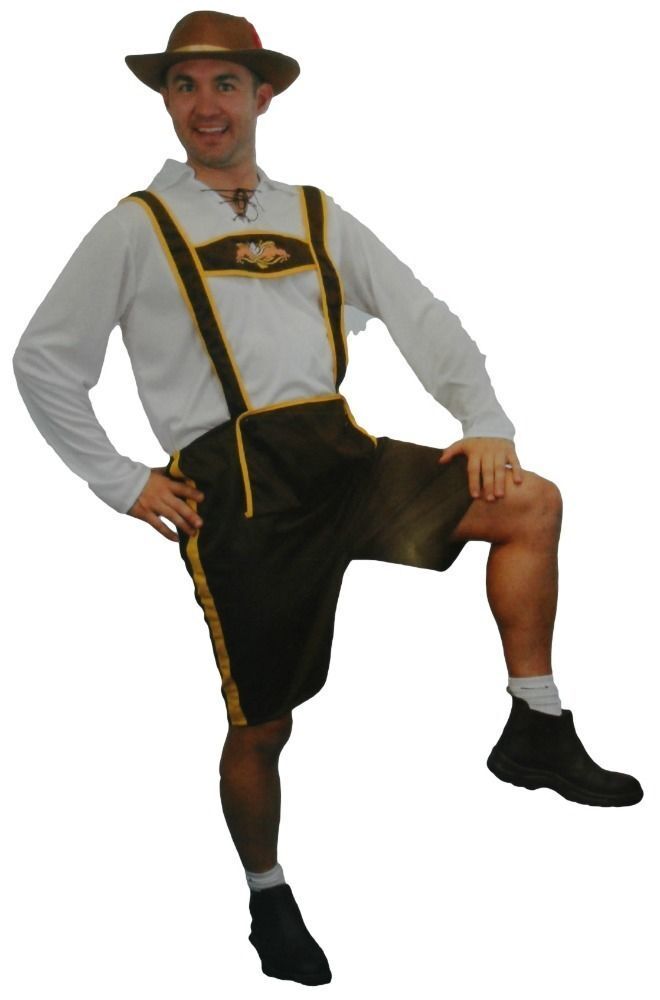 Cheers, mate! If youre a lover of the amber fluid then youll want to celebrate it in style at the worlds largest beer festival, held annually in Munich, Germany but celebrated in late October throughout the world. A festival designed to pay homage to all things Bavarian, make sure youre looking your best with a mens Oktoberfest costume, available right here on eBay.

An important part of Bavarian culture since the Middle Ages, Oktoberfest celebrates the best in Bavarian culture. Primarily, the beer. During the sixteen day festival in Germany, over 7.7 million litres of beer is consumed. There are amusement rides, stalls, and games. Dont forget the food! Roast chicken and pork, grilled ham, sausages, pretzels, potato dumplings, and cheese noodles are all classic Oktoberfest goods.

What if I cant make it to Munich?

Then Munich comes to you! Most major cities have their own Oktoberfest celebrations, perfect for showing off your mens oktoberfest costume, inspired by the traditional Munich festival. Usually, these festivals will have very similar attractions. Lots and lots of beer, cider, wine, authentic German food, roving performers, and other entertainment.

What should I wear to Oktoberfest?

If you want a real wow factor, dont forget to check out eBays range of womens costumes and mens costumes. For Oktoberfest costumes for men, what you want is a Lederhosen. Usually in suede or faux suede, these are shorts with suspenders worn over a mid to long sleeved shirt. Generally available in dark brown, light brown, and forest green, eBays range of traditional Lederhosen is sure to make you feel right at home swilling beer from a stein. Some Oktoberfest costumes for men even come with a traditional hat included. Dont forget your long white socks to complete the ensemble. Everything you need to make Oktoberfest a memorable celebration is available right here on eBay today.