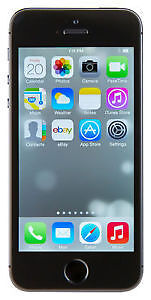 The Optus plans allow customers to acquire some of the best phones available on the market. Plans are limited to 12 or 24 months and after the contract expires, the used Optus mobile phones still circulate the market. Even though technology advances fast, flagships and high-end models can be used for several years before software support gets cancelled and they start glitching. Buying a used Optus mobile phone could be a smart investment if you choose the right brand, age and operating system.

After a contract ends, all mobile phones can become network unlocked. This does not mean that the owner has unlocked the phone prior to offering it on the market. If you wish to avoid the extra hassle of going through the whole unlocking procedure itself, look for Optus network unlocked mobile phones. You may also search for Optus factory unlocked mobile phones, as they can be used on any network as well. Unlocking a phone after the end of a post-paid contract does not cost a thing, but note that some Optus phones might have been purchased with a pre-paid tariff. These phones can be unlocked as well, but a fee might be applicable, so make sure you calculate that in before making a decision.

Both age and active use should be considered as decisive factors when buying an Optus mobile phone. A phone can be brand new even if its originally been purchased years ago. Phones that have never been used have a higher value as they come with no wear and damage from day-to-day use. In addition, if you are interested in Optus iPhones and other models with an integrated battery, keep in mind that you might be looking at a costly battery replacement in the near future. The age of the model itself is also important for the phones software support. As we go further from the manufacturing date, the chance of software issues increases. After a phone becomes unable to upgrade its operating system, programs stop updating and after a while they stop working altogether. Different brands guarantee different lengths of software support, so do your research before buying any Optus mobile phone.