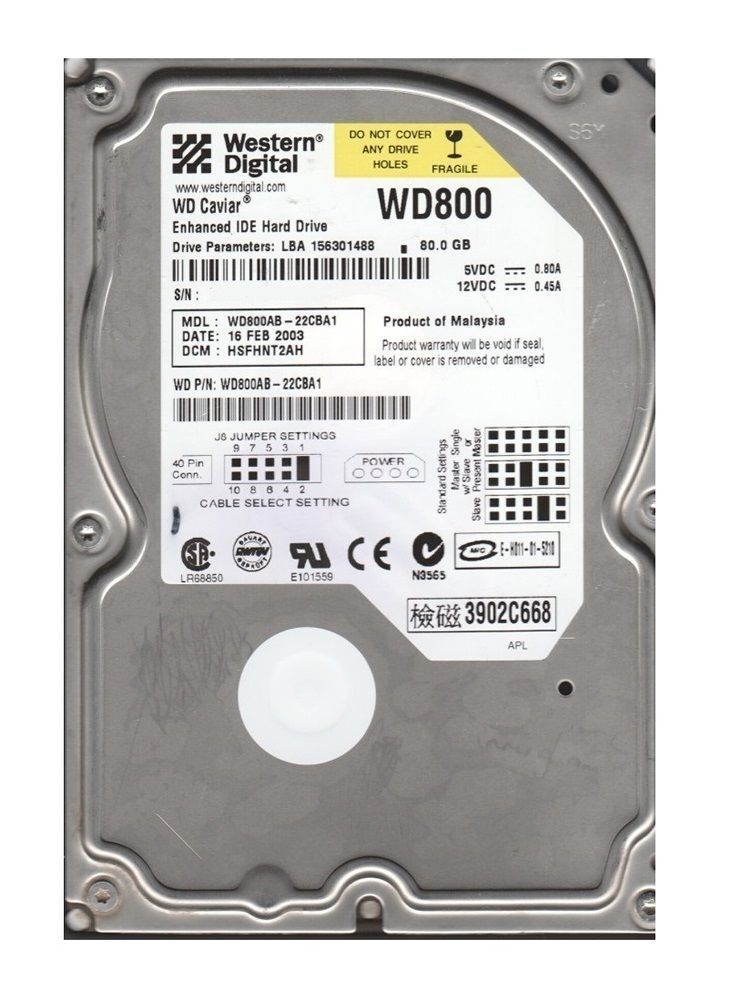 One of the most confusing elements of hard drive terminology is the acronyms, particularly when multiple acronyms carry essentially the same meaning. PATA, IDE and EIDE, all refer to the same forty or eighty-pin hard drive interface that you would commonly find in computers up until SATA drove it out in the first decade of the twenty-first century. Despite the standards age, many older computers still require PATA/IDE/EIDE internal hard disk drives.

Also known as parallel ATA to distinguish it from the later serial ATA standard, IDE uses an 80-pin ribbon cable with a maximum length of 45 centimetres. These cables feature three connectors, one for the motherboard and the other two for the drives. You plug the blue connector into the motherboard, the black one into the primary (or master) hard drive and the gray one to the secondary (or slave) drive. Its a 16-bit interface available in speeds from 33 Mb/sec to 133 Mb/sec.

The most obvious difference between PATA and SATA is the interface. Instead of ribbon cables, SATA uses stiff narrow cables for power and data. The most important difference is speed: the slowest SATA interface is faster than the fastest PATA interface and each of the three SATA generations doubled the speed of its predecessor. Note that you can only connect one SATA device per motherboard connector instead of two, but most motherboard offer more SATA connections than PATA ones. Unfortunately, older computers may not support SATA.

In addition to PATA and SATA, another hard drive interface is the SCSI standard. Standing for Small Computer Systems Interface, SCSI allowed anywhere from seven to fifteen devices to be chained together on a single interface that was often faster than PATA. Unfortunately, SCSI was more expensive to implement, so most computers required an expansion card with a dedicated SCSI controller.

Whether youre looking for PATA or other hard drives (HDD, SSD and NAS), you have plenty of options to choose from. While rotating hard drives are still common, especially in larger sizes, SSDs are always growing in popularity due to their speed and power consumption.