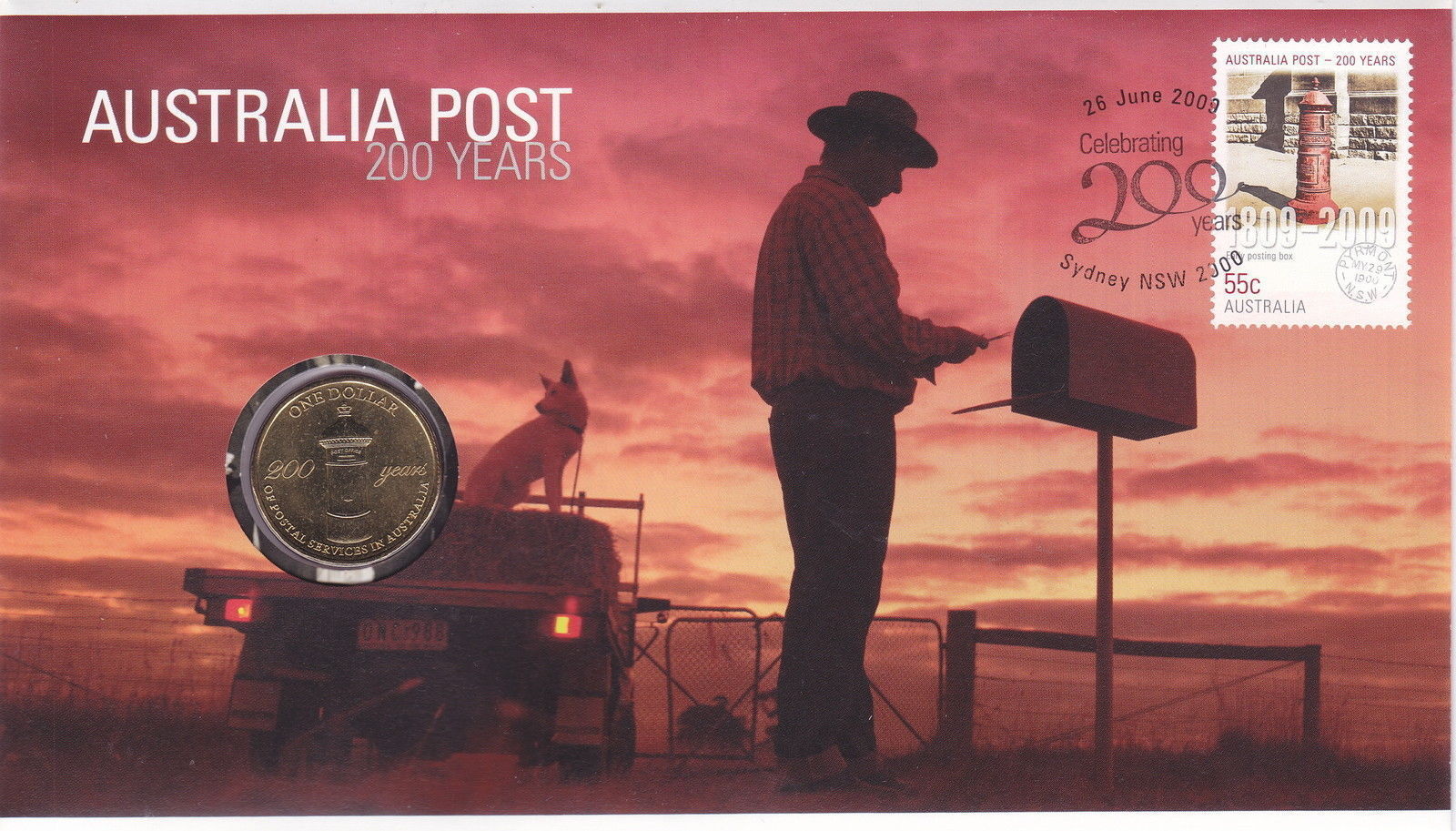 Philatelic Numismatic Covers, PNCs, or coin covers, are joint collaborations by postal authorities and national mints that combine the best of both worlds for collectors of stamps, coins and memorabilia. Australias PNC collaborations between Australian Post and the Royal Australian Mint or the Perth Mints usually include an educational, decorative or commemorative envelope, a coin insert and a postmarked stamp. Collect PNCs to add to your collection by overall theme, stamp or by coin.

Releases of PNCs with Decimal Coins

In Australia, the first official issue of a PNC was in 1994. The first release, to celebrate the International Year of the Family was an envelope illustrated with a brightly coloured childs drawing of a house and landscape with commemorative 50-cent coin and a 45-cent stamp. Since then, regular releases throughout each year comprise of Australian coins and stamps of different denominations to mark people, popular vehicles, sports events and historical occasions.

Two earlier unofficial releases of PNCs did occur in 1966 and 1969 not long after the switch to Australian decimal coins. The 1966 PNC issue was each denomination of the new decimal currency. Some of the 1969 Yarralumla PNC, all individually numbered, feature the original round 50-cent coin. Both are highly sought after by collectors.

Limited editions are released periodically specifically for the collectors market. As collecting other general issue Australian PNCs has become more popular over recent years, to protect buyers from imitations additional features are now included. All Australian PNCs issued since 2009 have an issue number, year of issue, and an authenticity seal. This means you can identify a PNC post-2009 as the genuine article and you know youre buying the real thing.

PNCs from Other Regions

PNCs from other regions are also popular collectors items and include issues from New Zealand, Europe, North America, Africa and Asia dating back throughout the last century. The composition of coins can include brass, bronze, copper, gold, nickel and silver.