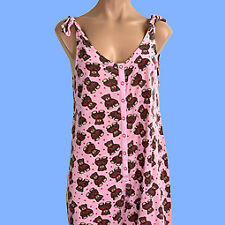 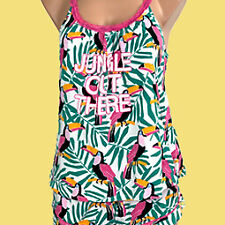 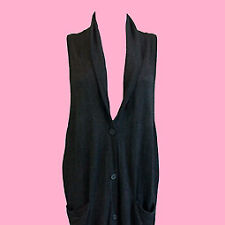 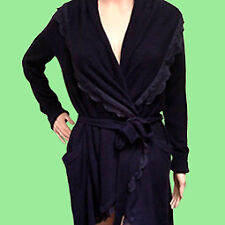 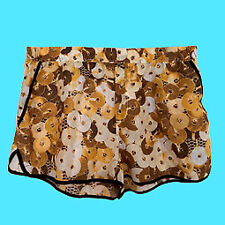 We spend a large percentage of our lives asleep, so maintaining a healthy routine of quality sleep is essential for a positive mental and physical health. So, don’t go suffering through another sleepless night wearing uncomfortable or, even worse, unattractive pyjamas when there are sleepwear options available from brands such as Peter Alexander. If you’re looking for fun and fashionable pyjamas that have been manufactured to last, you need to check out the wide range of PJ’s created by Peter Alexander.

After starting out small as a little mail order business, Peter Alexander now celebrates over 30 years in the business and boasts a dedicated and loyal following. Every month, Peter Alexander creates a new range of styles and has become the go-to sleepwear retailer thanks in no small part to their quirky lines which reflect the very best of pop culture, as well as seasonal holidays, and so more. Offering everything from fun pyjama sets to silk nighties, Peter’s dedication to innovative prints, quality fabrics, and functional design is why he is basically the new word for pyjamas.

At age 24, Peter decided that it was time for him to become his own boss and get into the pyjama game when girl friends of his mentioned that they had difficulty finding any women's pyjamas that were comfortable as well as not in the old matron style.

Way back in 1987, Peter had a simple idea and started making women's pyjamas on his mother’s dining room table for him to sell to department stores. Every time that the phone would ring, Peter and his Mum would pretend to be other people in an attempt to make his business seem much bigger than it actually was.

It wasn’t until a department store cancelled their order for 2000 pairs of pyjamas that Peter decided to turn his biggest set back into a new opportunity. He decided to place a small mail order advertisement into some popular women's magazines, and the response he received was simply overwhelming. Peter was flooded with well over 6000 orders from that one advertisement, he has never looked back since.

Following the success of his mail orders, Peter’s business started to grow rapidly and even attracted attention from the Australian Media, who dubbed him the 'Pyjama King' and this nickname has stuck with him to this day.

Peter Alexander has grown immensely from a purely catalogue-based fashion label into the multi-channel business it has become today, with over 100 retail stores in both Australia and New Zealand, and Peter Alexander himself still retains his position at the helm of the company as the Creative Director of the brand.

His quirky, humorous, and playful personality always shines through in every one of his collections. Every collection released by Peter Alexander has a unique theme which has either been inspired by his travels around the world, from Paris and New York to exciting African Safaris, or maybe exciting design collaborations with big companies such as Disney, Sesame Street, or more recently Harry Potter just to name a few.

These unique collections have all been designed specifically to delight men, women, and children alike, which is why they are worn and loved every single night by people all around the world. Crafted from only the most luxurious and comfortable fabrics, you are sure to find more than just pyjamas by Peter Alexander, with daywear, loungewear, footwear, and gifts all bearing his name and unique quirky style.

There are so many different styles of Peter Alexander pyjamas available, so it should be very easy to find exactly what you need to get a great night’s sleep. From pyjama sets to nightgowns, and dressing gowns to T-shirts, and even bed socks, shorts and adult onesies, Peter Alexander is sure to have a style for you

Peter Alexander releases special collections as well as unique collaborations each and every season, which in the past have included releasing collectable sleepwear featuring Disney Princesses, Breakfast at Tiffany’s sleepwear, Power Puff Girls sleepwear, as well as the recent addition of Harry Potter sleepwear.

Peter Alexander has a complete range of comfortable sleepwear for men to wear through all seasons. And you can certainly do much more than just sleep when you are wearing sleepwear by Peter Alexander, because it is perfect for relaxing around the house or watching movies with the family late into the night.

Peter Alexander have classic pyjama pants in a wide range of patterns and the most comfortable styles, so you are sure to get a good night’s sleep. Many pyjama bottoms have either an elastic waist or a drawstring and made using high quality fabrics such as cotton or fleece.

Comfortable Long Johns are another option, which can either be worn on their own or underneath another pair of pyjama bottoms for an extra warm layer during winter. Peter Alexander has a wide long john range to choose from, with both elastic waist and cuffs, as well as a button-close fly.

Peter Alexander also have a variety of sweatpants and lounge bottoms if you are looking for that really casual look. Lounge bottoms from Peter Alexander could become your favourite pair of pants, so you may never want to wear any other pants. With a drawstring as well as an elastic waistband, these lounge bottoms are manufactured from cotton, and available in different shades and cuts to suit you.

Sleep shorts by Peter Alexander provide a comfortable option for summer nights when you are ready to kick off the covers and fall asleep in something breezy, breathable, and soft. With a variety of different styles and patterns to choose from, you can add some real versatility to your night-time wear.

Shop the range of men’s sleepwear, women’s pyjamas, and kids’ onesies created by Australia's leading sleepwear designer Peter Alexander on eBay today and bring the fun back to your bedtime.