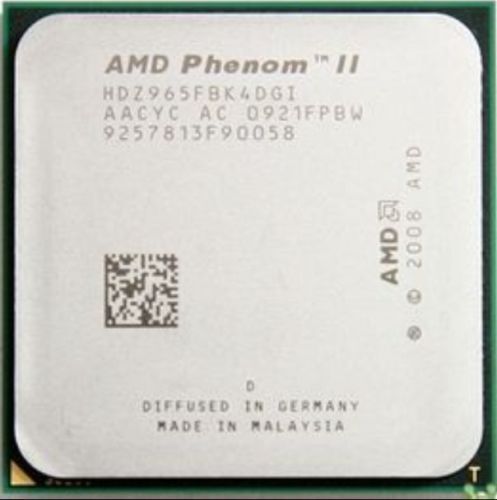 AM2 vs. AM3 Processors

All Phenom II computer processors can fit in AM2 motherboards, but they will only run if the motherboard BIOS supports that particular processor. Note that while it is possible to use the AM3 processor in some AM2 motherboards, you do take a significant performance hit from the reduced memory and interface speeds.

AM2 vs. AM3 Processors

The initial AM2 versions of the Phenom II are a bit of a mixed bag. While they feature a wide range of architectural improvements over the previous Phenom line, the AM2 socket limits the processors performance. This is particularly noticeable with system memory because while the Phenom II memory controller supports both DDR2 and DDR3 memory, the AM2 Phenom II does not fit in any DDR3 motherboards. Given the backwards compatibility of the AM3 Phenom II there is no reason to look for the AM2 models.

Depending on your processor needs, you can find AMD Phenom II with anywhere from two to six cores. The most common models are the quad-core X4 series processors, although budget systems may feature the dual-core X2 series and triple-core X3 series. More cores let you do more things at once, providing a smoother computing experience.