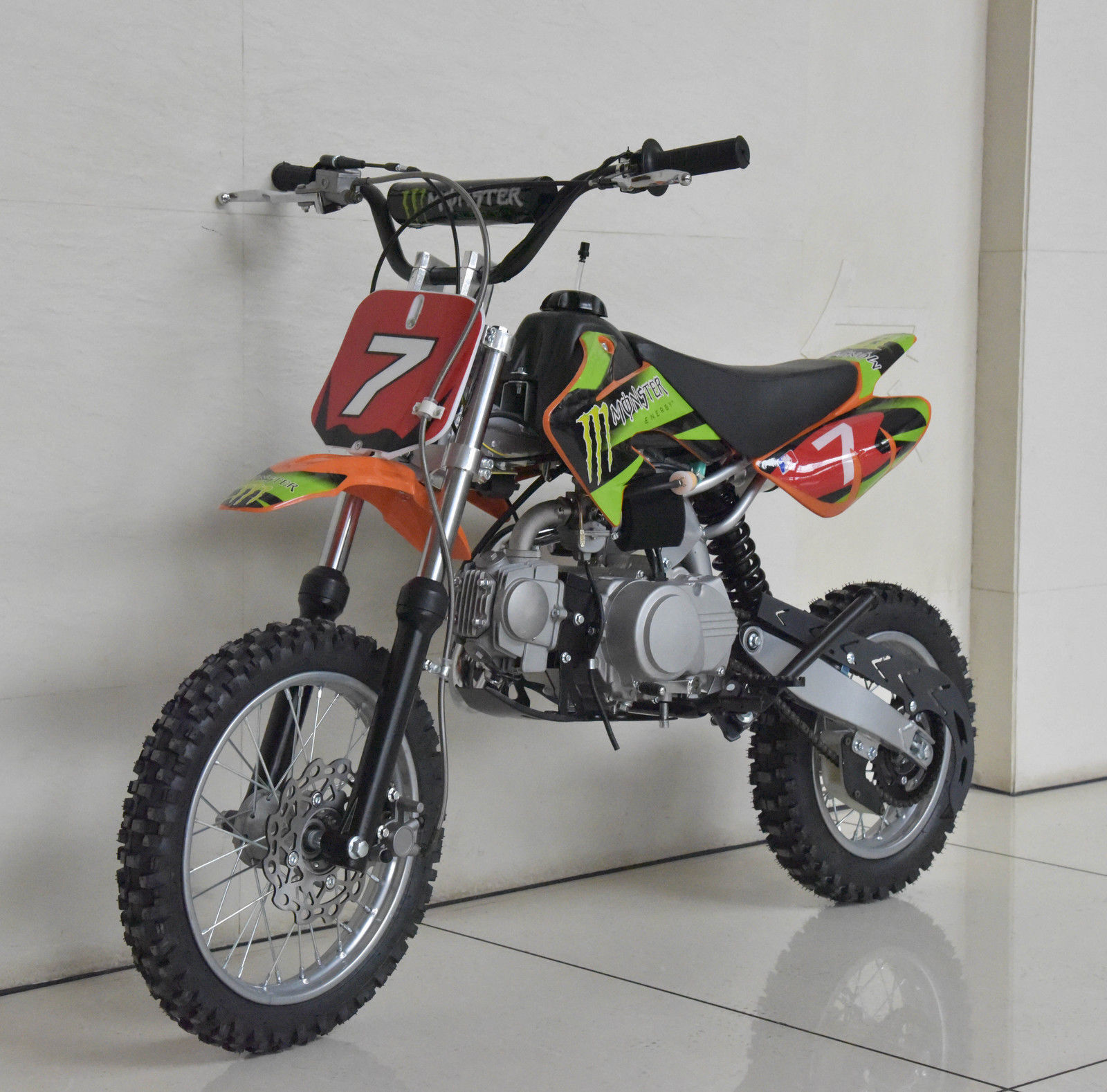 There is no doubt that pit bikes are fun to ride. Inexpensive, fast, and highly customisable, it’s no wonder these dirt bikes are so popular the world over. One of the first motorcycles ever used as a pit bike is the Honda Z50, which was then redesigned into the XR50 in 1999 and featured all-new frame designs, seats, plastic gas tanks, a single rear shock absorber. As the new design became popular with teenagers and young adults, so too did the sport.

Trail bikes differ from pit bikes because they have larger wheels to gain more traction on varying rough terrain. Pit bikes deal with consistently muddy and rough terrain, so small wheels and long swingarms make sense, while trail bikes require stiffer shock absorption and more powerful engines for competitions. Trail bikes are much larger than pit bikes as well. Think of a pit bike as a playful carefree younger brother compared to a trail bike’s serious and aggressive nature, and you’re more or less spot on.

Quads are more like pit bikes in that they’re more for fun than competing. Most quads are low, small, and commonly fitted with two-stroke engines like that of trail bikes. Quad bikes allow for more stability at slower speeds but are popular for their quickness, manoeuvrability, and light footprint. Also called four-wheelers, they are commonly used in agriculture and also to round up cows and similar farm animals.

As their name suggests, trial bikes are built for challenging pits and obstacles. The bike does away with the seat, opting for a design similar to a BMX bike wherein the rider is supposed to stand on the footrest the whole time. Typically in trials, riders are penalised for touching their feet on the ground while the contest is underway. They are light but have large wheels for maximum torque efficiency. Their handlebars are low on the frame, but high enough so the rider can adopt a standing stance for better control in the pit.