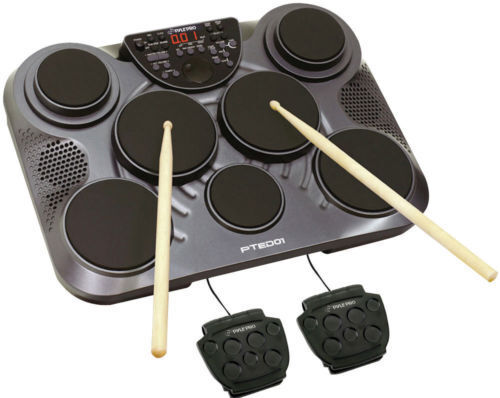 While theres no substitute for a live drummer, pro audio drum machines can come very close. Unlike electronic drums, which are nothing more or less than an electronic version of the existing instrument, drum machines rely on electronics to synthesize the sounds of a drum kit and act as a backing musician. They are especially popular with musicians who dont play because they dont need sticks, operating like any other digital add-on.

As with other musical electronics, drum machines are only possible through the existence of MIDI. With its invention in the 1980s, MIDI is a universal protocol that allows computers and other devices to communicate in the form of musical notes. This protocol enables synthesizers and other instruments to store, duplicate, and reproduce music on demand without the need for a human musician.

MIDI drum machines usually plug into a computer, looking more like a keyboard than a drum. While some people can use a drum machine on the fly, most use them with pre-programmed backing tracks so that the other musicians can set it and forget it. While the earliest models were limited to little more than laying down a single beat, modern ones can reproduce almost anything a live drummer can do.

One of the most important drum machine features is programmability, the more programmes it can store, the more it can do for you during a performance. A good machine can mix your programmes with its existing presets for an even greater variety of sounds. Many even support effects, which makes them extremely popular with electronic music fans.

The first thing to consider, after your budget, is your intended use. The more you want to do with a drum machine, the more important certain features become. Lots of effects are a must for electronic music, while someone looking for a substitute for a backing drummer might want a larger programme memory for recording demos.