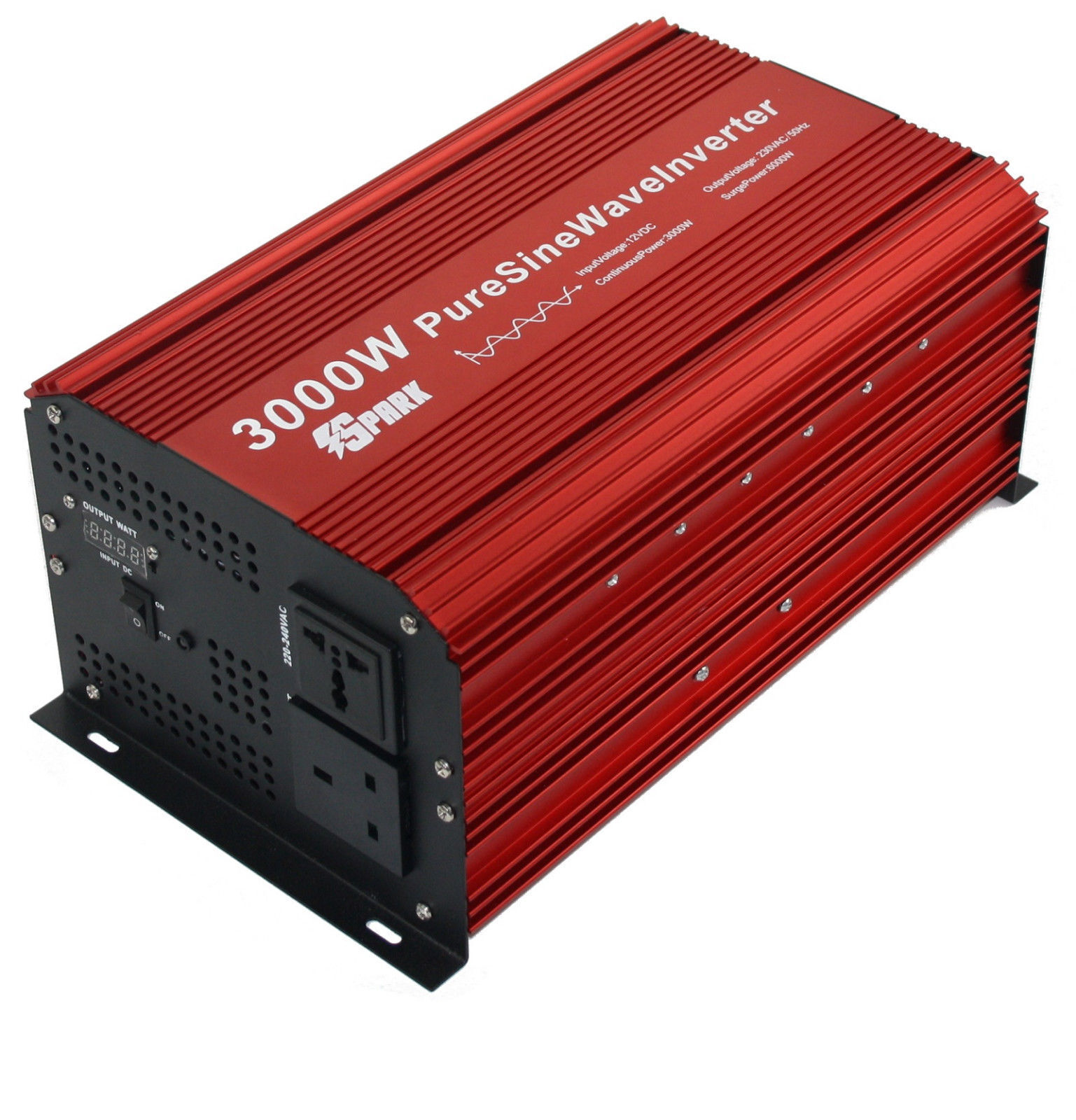 An inverter might sound like a fancy wrestling move, but these handy electrical devices are useful for anyone wanting to take their 240V household appliances on the move. Let us demystify the name and some of the technology behind them for you!

So, what is an inverter?

In simple terms, an inverter converts the 12V DC power found in boat and car batteries, into the 240V AC mains power you get from wall sockets in houses and buildings. This allows you to power most household appliances, such as laptops, kettles, radios, TVs and even power tools from your car or boat battery. Most inverters are hardwired to the vehicle battery, whilst some smaller models use a cigarette lighter plug. Inverters have one or multiple sockets on them that you can plug 240V appliances into as if they were wall sockets.

All most people need to know when it comes to pure sine wave vs modified sine wave, is that the former more closely imitates the sine waves produced by AC mains power. Pure sine wave power inverters are therefore more suitable for sensitive electrical appliances, such as TV or computer screens, radios and medical equipment, which may experience static interruption if powered from a modified sine wave inverter.

How many watts do I need?

Inverters are usually rated by their output power in watts (W). This is frequently reflected in the pricing, with higher outputs commanding higher prices. As a rule of thumb, match the input wattage of the appliances you want to run from it, with the constant output wattage of the inverter and always ensure that its output figure is greater. Power tools and some kitchen appliances are surprisingly demanding and require large output inverters (2000W+) to run properly.

Keep an eye out for extra features, such as built-in USB ports and LCD screens that allow you to monitor remaining battery power - you dont want to be left with a flat vehicle battery!

If youre still not sold on inverters, check out eBays wide range of 12V boat appliances that dont require an inverter to run. eBay has you covered for all your boat electrical and lightings needs.