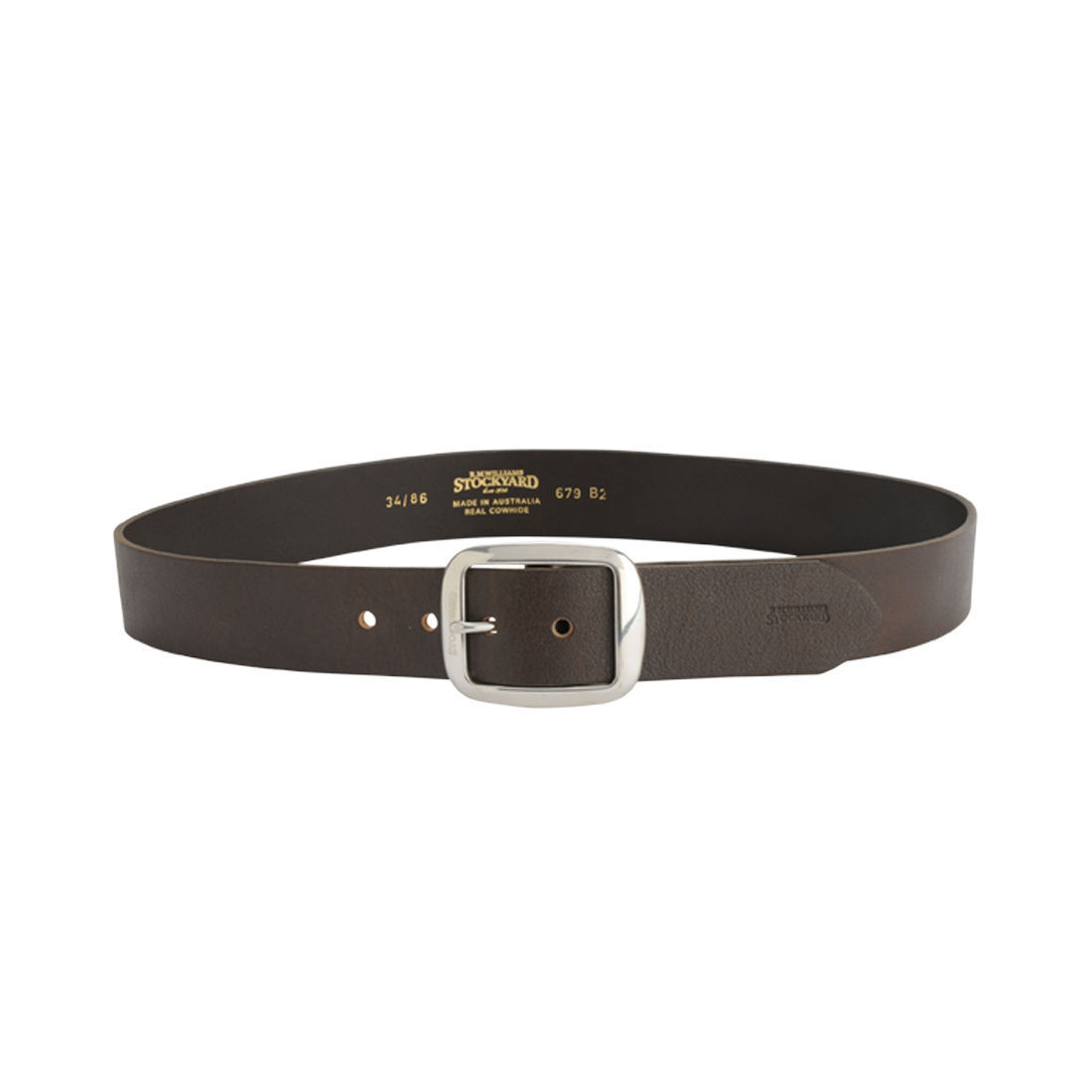 R.M. Williams belts have a long, rich heritage that dates back to 1932, when the founder Reginald Murray Williams first started the company. Keeping true to their founders traditions, the companys artisans still use the same age-old handcrafted techniques that have been handed down through the generations. Wearing RMW belts and supporting one of Australias treasures is great way to show your love for your country.

What Are R.M. Williams Belts Made Of?

Because of their strict adherence to quality, mens belts from R.M. Williams are typically made from premium leather. Whether burnished or made traditionally, here are some of the leather materials you can expect:

What Are the Types of R.M. Williams Belt Buckles?

RMW belt buckles range from the traditional, O ring and the three-piece buckle set among others. If you prefer a statement piece, however, you can opt for their logo on an oval shaped belt buckle, which goes well with the traditional R.M Williams mens leather belts. These buckle materials typically come in the following:

What Does It Mean When the RMW Belt is Hand-Plaited?

Hand-plaited R.M.W belts are among the popular items offered by the company. They are usually made using kangaroo leather, specifically the skin of Australian red kangaroos, and are all sourced humanely. These belts are hand-plaited in the companys Adelaide factory by master plaiters who have spent years honing the craft. Known for their attention to detail, each plaiter can only make five to six belts per day.

How Do I Take Care of My R.M. Williams Belt?

Most of the RMW belts come with care instructions to ensure that they last long under your watch. In general, the traditional leather belts only require a light application leather conditioner every now and then, while the hand-plaited kangaroo ones require saddle dressing.

What Are the Other RMW Mens Accessories Offered?

Apart from just leather belts and buckles, RMW also offers mens accessories such as bags, wallets, hats, caps and socks. Handcrafted from high-quality materials such as ostrich and crocodile leather, R.M. Williams accessories for men will tell the world that you enjoy the finer things in life.