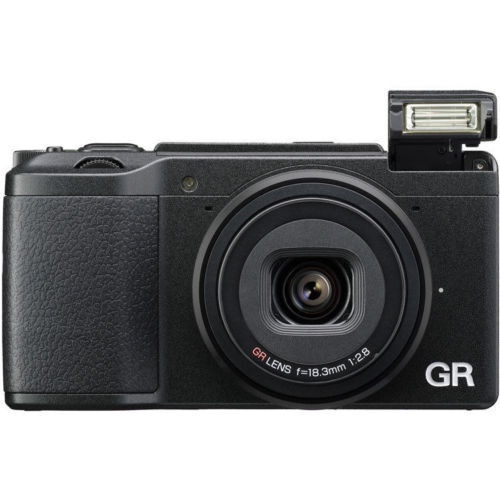 Ricoh GRs are fixed lens cameras. This means you can only use the lens that comes with the camera. All of the models have a 28 mm focal length. This is a wide angle, so the cameras are best suited for landscapes, street photography and some portraiture. For the most part, any situation you would want a small, pocketable camera would suit a Ricoh GR. They have a macro setting that allows you to shoot from 10 cm away.

The lenses on Ricoh GRs have always been high quality. With the last two models, the GR and GR II cameras, the company introduced a much larger image sensor. The image sensor for these two Ricoh cameras is the equivalent of a DSLR size sensor. This resulted in even better quality images, including less noise and more image clarity at higher shooting speeds.

Ricoh GR and GR II cameras do not come with an external battery charger. Instead, they come with a USB connector. This may be fine for your needs, but if you like to keep an extra battery on hand, you could look for a battery charger to purchase at the same time. Also, keep in mind that the names of the cameras have been very similar across models. If you are looking for a specific one, you might want to verify it before purchasing.