Risk Contemporary Board and Traditional Games 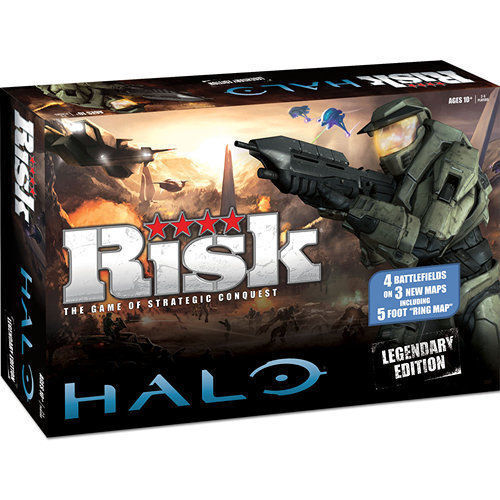 Risk Contemporary and Traditional Board Games

Smart phones and tablets have become increasingly more popular and thus many people seek their entertainment from their blue screens. However, there is nothing like a good old board game to spend time together with your family and friends. Besides having fun, you can polish your social skills by interacting with real people and resting your eyes a bit from the bluish light of smart devices. Risk, a time-tested old favourite is a great choice to start your board game career.

War and strategy board game are among the most complicated games to learn, but theyre an excellent exercise in problem-solving, and Risk is an excellent example of this principle in action. The Risk board game is a strategic war game where your aim is to conquer the world. When it is your turn in the game, you gain reinforcements through the territories you hold, turn bonus cards, and control the territories on different continents. If necessary, you also need to attack other players by rolling the dice and aiming for the higher number to win. In addition, your armies need to move on the map to continue their conquest. As the objective is to conquer the world, the one who rules all the territories shall be the winner.

Once you have mastered the classic Risk game and become the ruler of the world, it is time to take the war to space, or even fantasy lands beyond. You no longer have to stick to the classic version, as Risk comes in many variations. You can play as a Star Trek captain and command ships as you boldly go. If Star Wars is more of your style, be the Rebel Alliance or the Galactic Empire, defending or destroying the Death Star in the Star Wars Edition. You can also decide the fate of the galaxy when you play the Mass Effect or Starcraft games.

With the fantasy editions of the game, you can become a Lord of the Rings character and travel across the Middle Earth. You can choose whether you want to command good or evil forces and battle with elves, cave trolls, eagles, orcs, and other mystic creatures. If you want a taste of what it feels like to rule a kingdom in the spirit of the Game of Thrones, you can have a go in a TV series edition of Risk.

A good war game should have military editions for die-hard fans, and in this way, Risk is no different. In the Metal Gear version, you can take a control or a private military company and hire mercenaries to fight a war for the global economy. If you choose the Risk Battlefield Rogue, you can pick any of the nine scenarios and try to win on different victory conditions while commanding a tactical squad.