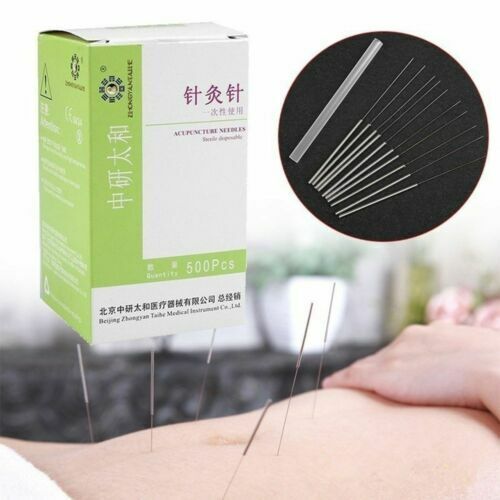 Acupuncture has been practiced for over 2,000 years, making it one of the oldest types of natural remedies. Practices range from ancient Chinese traditional teaching to modern scientifically taught techniques. Acupuncture supplies are readily available online, but they are closely monitored in Australia and should be used by a trained professional.

Acupuncture involves placing very fine, sterile needles into acupuncture points to promote pain relief and healing. Chinese practitioners believe that many physical conditions are caused by blockages in energy flow (or qi) within the body, and that acupuncture helps to relieve the blockages. While modern scientists might not believe in the principles of qi, there is strong scientific evidence that acupuncture helps with a wide range of conditions.

Electroacupuncture works on similar principles to traditional acupuncture, except a small electrical current is sent between two needles to stimulate a wider area. It also means that the needles don’t need to be placed as precisely. It is unsuitable for people with a cardiac condition and should never be used near the heart. Electroacupuncture requires an additional machine to deliver the current between needles, and electroacupuncture supplies should be carefully selected to achieve effective results.

Acupuncture needles come in different sizes and lengths, depending on the area being treated. The most common needle length for Chinese acupuncture is around 40mm. Experienced practitioners will be able to place the needles by hand, but other needles come with injectors to assist with placement. The majority of needles used in Australia are single-use, individually packaged stainless steel needles. Cheaper, unbranded acupuncture needles and supplies are obtainable, but it is important to remember that acupuncture needles in Australia come under the Therapeutic Goods Administration’s Good Manufacturing Practice Legislation and should be approved by that organisation before use.

Along with individual acupuncture needles some people believe in micro-needling, which uses a roller with very fine needles to stimulate the skin. Other therapies that are thought to unblock a person’s qi are cupping, massage and laser therapy. These supplies are also readily available online but are best used by a trained professional.