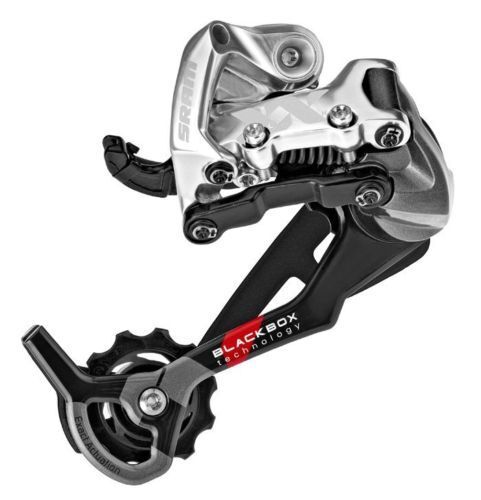 Build up your bike with SRAM

Words like build kits or gruppos are used to describe a complete collection of all the parts that make up the drivetrain on a bike when they are combined, including shifters, crankset, chain, cassette, bottom bracket as well as the rear and front derailleurs. eBay's great selection of SRAM rear derailleur bicycle build kits and gruppos give you a chance to outfit your two-wheeled ride with high quality parts for great rides.

Available in a wide variety of different models, the 12-speed Eagle drivetrain by SRAM absolutely dominates the drivetrain market when it comes to mountain bikes. The youngest bike component manufacturer out of the big three, US company SRAM has been able to carve out its own niche in only a relatively short existence thanks to its constant dedication to innovation.

Initially founded with only a single product available in 1987, SRAM introduced its road bike shifter called Grip Shift to the market a year later in 1988. By the time that technology was adapted for mountain bikes in 1991, SRAM was expanding quickly.

With a few different build kits available for bikes, SRAM has always been one of the most progressive companies in the mountain bike sector. Particularly given they were the first company to introduce 2x and then ultimately 1x drivetrains to the mainstream world of mountain bikes.

Essentially, SRAM had a range of four different road build kits, with Apex at the entry-level, followed by Rival, then Force, and finally the Red eTap build kits. These are the lightest and top of their range, most often used by SRAM’s professional-level road racers.

The long-rumoured SRAM 12-speed build kit was finally released in 2019 as part of the brand's new system called AXS, which features a flat-top chain, revised gear ratios, and a few other very innovative features.

Search the range of SRAM Rear Derailleur (bicycle build kits and gruppos) available on eBay today and ride on.