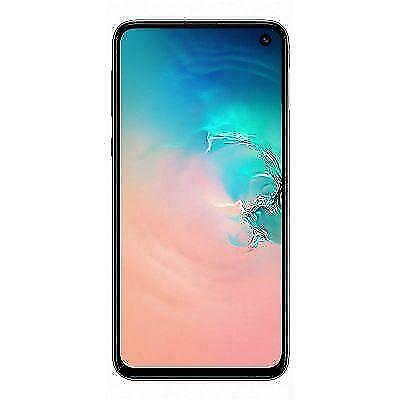 If you're after a smartphone that packs a big punch in a smaller package, look no further than the Samsung Galaxy S10e 128GB. This more manageable phone has almost everything that the Samsung Galaxy S10 and S10 Plus has in a convenient package that won't take up too much room in your pocket or bag. eBay can help you get your hands around this fan-favourite from one of the biggest names in tech.

The Samsung Galaxy S10e 128GB comes with a 5.8-inch screen, battery life that will last all day, and the same two primary cameras as its older siblings. Fans of Samsung's Galaxy S mobile phone line will also recognise the chrome aluminium case with rounded corners and glass front and back. The S10e has a USB-C port at the centre bottom edge, surrounded by a speaker grille, a 3.5mm headphone jack, and a microphone port, while the left edge of the case has the volume buttons.

The S10e was one of the first Samsung smartphones to feature the Snapdragon 855 chipset, and the 128GB of storage with 6GB of RAM is more than spacious enough for most users. This smaller Samsung phone has the power you need to scroll social media, watch videos in HD, or game during those long commutes.

The display on the S10e is a 5.8-inch AMOLED screen that delivers the gorgeous visuals users have come to expect from Samsung. You'll find crisp detail and bright colours thanks to the 2280 x 1080 resolution.

In terms of cameras on the back of the Samsung S10e, you'll get a dual aperture 12-megapixel main camera with OIS that helps smooth out shaky footage, as well as a 16-megapixel ultrawide camera.

Anyone who prefers smaller phones should check out the Galaxy S10e range on eBay today.