Scandinavian Dressers and Chests of Drawers 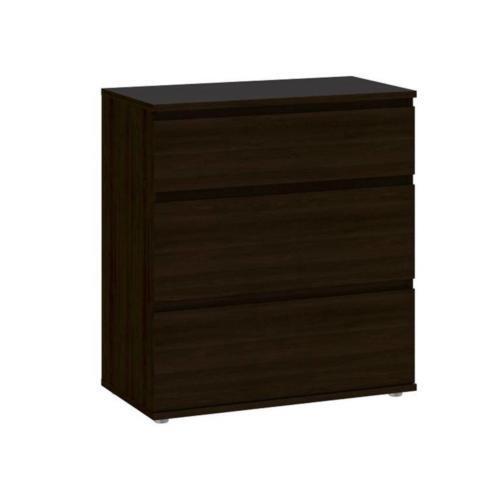 Scandinavian Dressers and Chest of Drawers

The Scandinavian school of design focuses on simplicity, minimalism and functionality. As such, Scandinavian furniture, from dining sets to living room sets, has a style defined by simple and straight lines, good quality wood with a plain finish and wherever possible, reductions in design while maximising functionality. For example, Scandinavian style dressers and drawers sometimes do not have attached handles or latches. Instead, the wood is carved or shaped so that grooves or recesses can be used to open the drawer instead, reducing the number of component parts without reducing functionality. When handles or knobs are used, they are usually of the same wood as the drawer, producing minimal contrast and maintaining the simple design. Furniture legs on Scandinavian designs can also be distinctive, with slightly splayed angles that increase the unit’s stability while also adding a simple yet intriguing aesthetic appeal.

Materials of Scandinavian Dressers and Chest of Drawers

Scandinavian design attempts to merge quality with available resources. Enameled aluminium, pressed steel and wood, and simple plastics are the mainstay of Scandinavian design. Dressers and drawers are usually made of wood with oak being a popular choice. It is rare to see Scandinavian designs made of more than one material, as this would distract from the overall minimalist approach.

Some Scandinavian furniture predates the current school of design and while retaining the preference for simplicity of design, will often be of heavy build and darker colours. Simple adornments and carvings on the legs and edges are common but there is still a preference for natural wood finishes over painted colors.

Design Choices in Scandinavian Dressers and Chest of Drawers

Due to their tendency towards simplicity and minimalism, Scandinavian furniture often shares commonalities of design. Small differences however can make marked changes to the overall appearance and functionality. Some bedside tables may be identical in appearance but have one, two, three or even no drawers within the same space. This small difference allows greater choice and specificity when selecting furniture. Some dresser designs may also lack a symmetrical arrangement of drawers, with a seemingly random tessellation of square and rectangular drawers of various shapes placed together to maximise available space. This striking design also allows a wider array of materials and objects to be stored within the varying sizes and shapes of drawer.