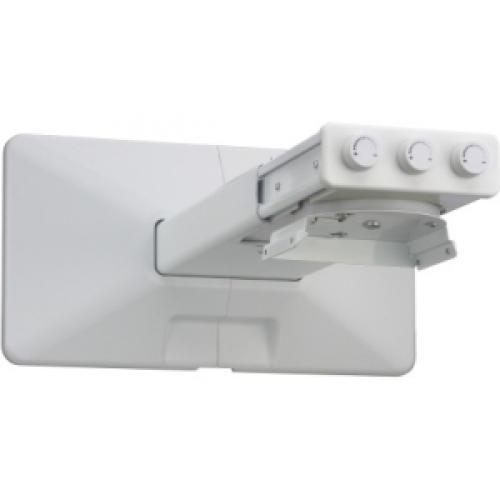 So you recently brought home your new Sony TV, took it out of the box and put it on your media console. Since the new TV is bigger than the old one, it either doesn’t fit or the clutter on your console obstructs the view of your sparkling new display. Thankfully, Sony designs its own Sony TV wall mounts.

Sony’s Bravia line of TVs have spectacular design choices but VESA compatibility is not one of them. To mount a Bravia TV such as the KDL-42W700B 42-inch LED TV, you must screw the stand onto the alternative screw hole found at the back. Screw in the plastic spacers at the bottom to keep the TV stable and flat, and screw in the special Bravia mounting bracket onto a stud in your wall. Clip on the plastic adapter to the TV stand and hang it by the same plastic piece onto the Bravia TV bracket. While it sounds complicated, the principle is that you only need one kit for both mounting and standing the TV making the process easier.

A Bravia W-Series TV can be mounted using universal VESA TV wall mounts with special adapters built precisely for the model. Before you buy one, make sure that your Bravia TV is listed as compatible for the adapter so that you can proceed to buy your new VESA wall mount.

Sony TVs all come with fixed mounting brackets that allow you to simply hand the TV on the wall, but sometimes you need a little tilting action to make the viewing experience comfortable. After using a VESA adapter, you can purchase universal fixed mounts that give you -15 and +15 degrees of vertical tiling, or you can get sturdy tilt and swivel TV brackets that will suspend your TV at the angle and distance of your choosing.