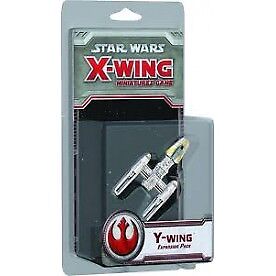 The first Star Wars miniatures and toys came out immediately after the first movie. Pre-1980 Star Wars miniatures were mostly childrens toys. Wildly collectable now, Kenner issued the first miniature figures between the first and second movies. Perhaps the most notable fact from this era is that Boba Fetts figure hit store shelves long before his first appearance on the big screen.

With a vast universe of heroes, villains, and colourful aliens, the Star Wars setting is perfect for roleplaying games. A large number of lead-free 25 mm scale figures came out to go with the Star Wars roleplaying game of the 1980s, including famous characters from the films. Some figures even reappeared in the Star Wars Monopoly game. The first editions came in art boxes, while later releases were sold in blister packs. Sculpted in high detail, these figures came unpainted, although many owners would add their own paint schemes to reflect the characters in their games.

The release of the Star Wars X-Wing miniatures game resulted in an explosion of new Star Wars game miniatures. Designed to feature battles between Imperial and Rebel starships, this game features dozens of different miniatures representing different eras of Star Wars history. From X-wings through shuttles and TIE fighters, it offers more than enough collectables for even the most avid collector.

With all the Star Wars content weve seen since the prequel trilogy, its no surprise that 2002 to present Star Wars miniatures are easy to find almost everywhere. From LEGO kits to toy boxes and the gaming table, Star Wars is everywhere.