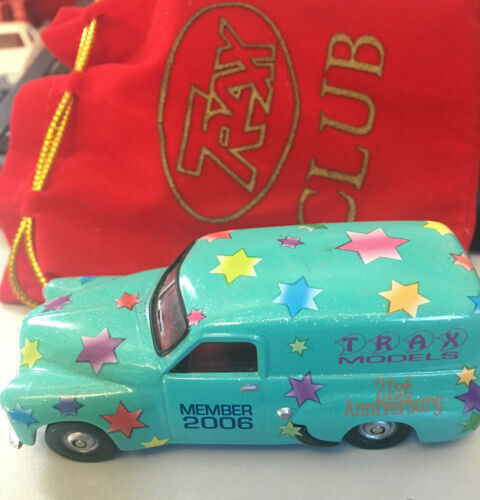 Toy cars are one of the great traditions of childhood, and as people grow older, the only change is the size and cost of the cars. TRAX diecast vehicles are normally made in 1/43 scale, with the larger superscale models jumping to 1/24 scale. The best thing about TRAX is that they make Australian cars, so Holden TRAX diecast vehicles can really bring back your childhood.

The common 1/43 scale TRAX diecast vehicles are about 11 centimetres long with excellent detail including doors that open. The larger superscale models not only feature opening doors, bonnets, and boots, but also functioning suspensions. The tyres are rubber, and the model is the next best thing to owning the real thing. The big advantage is that at 20 centimetres long, they dont fill a garage so its easy to find room for more than one.

TRAX models are for collectors. Each one issues in a limited series, and once a run is complete, the company never reissues it. Some models have had fewer than three hundred units issued, making them extremely valuable and collectable. The catch is that no one knows beforehand which TRAX diecast vehicles are going to make the cut, not even the manufacturer. Some Holden models become immensely valuable, while others may come in high demand but not sell.

Every 1/43 scale TRAX model released from 2004 onwards features a display case made of clear perspex so you can see it clearly. If you want to see the whole model, you can simply remove the card from behind the vehicle and get a complete 360-degree view. The screws holding the model to the plinth are for finger tightening, so you dont need a screwdriver.

Holden has been one of the biggest, if not the biggest, Australian carmakers for decades. Contemporary Holden diecast cars, trucks, and vans make great collectables for any petrolhead.