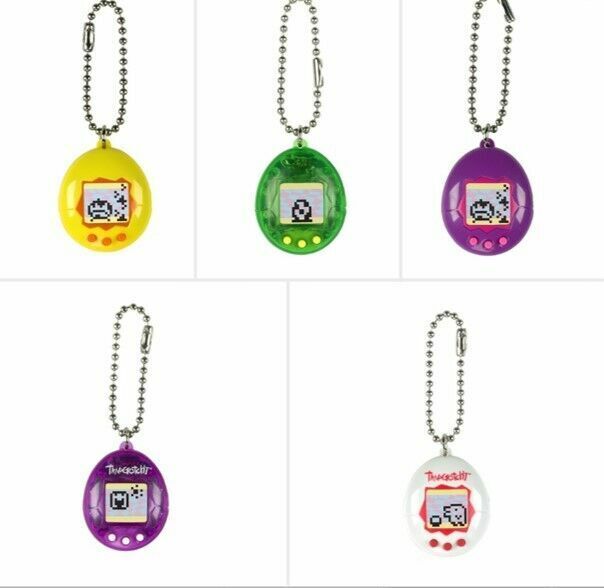 Tamagotchi is a self-contained, egg-shaped gaming system whereby players are responsible for meeting the basic needs of a small alien creature after he or she hatches from an egg. This electronic toy pet, hanging on a keychain in most cases, first appeared on the market Japan in 1996 and enjoyed widespread popularity into the early 2000s in most of the industrialised world. However, in Japan interest has been consistent, with more versions releasing in Japan than anywhere else. As with many nostalgic items, the Tamagotchi has experienced renewed interest outside of Japan more recently.

You can control the majority of Tamagotchis using three buttons, with animations appearing on the screen. The alien pets are dependent on the player to meet its basic needs, or it will die. Players must feed and play with the pet, clean up its leavings before the pet becomes ill, discipline it when needed, and treat it when it is sick. Later versions include more games, better graphics, a currency feature, and opportunities for collaborative gaming.

The makers of the handheld Tamagotchi game have produced spin-off games on other platforms including Nintendo, Sega Saturn, and PlayStation. Tamagotchi gaming apps also appeared in 2013, which one can play on android phones and IOS platforms, including iPhone, iPad, and iPod Touch.

The premise of the game is to keep the pet alive, so players must pay attention to the needs of their pets, remembering to feed them and play with them. This caused controversy when players would play the handheld egg-shaped game at school. Later versions came with a pause feature so that players could resume the game during free time.