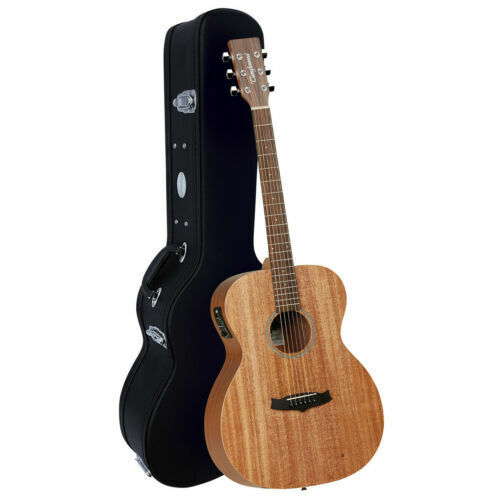 Out of all string instruments, guitars and basses have the biggest cool factor. They’re also comparatively easy to get to grips with. With a piano you have a bunch of different keys you need to keep track of, with a violin you need to stand just so and move the bow over the strings without a squeak, but with practice you can make a guitar talk and sing as easily as you typed “Tanglewood” into the search bar. Tanglewood, of course, is a British manufacturer of string instruments, specialising in folky sounds and folky looks.

Tanglewood Guitars is a company formed in England in the second-half of the last century. Their mission is to bring high-end features to more affordable instruments, allowing players on a budget to greatly expand their tool box. Tanglewood then adds their famous satin finish to the final product, highlighting the great care and attention to detail that goes into the building of these instruments.Tanglewood’s guitars are designed in the UK and built in China.

A bass looks a lot like an ordinary guitar to the untrained eye, but once you know the differences they became fairly obvious. A bass only has four strings, tuned the same as the lowest four strings of a guitar but an octave lower. The bassist’s job is to provide backing and depth for the guitar with a steady rhythm of chords. Tanglewood bass guitars feature the same attention to detail and care you expect from their other instruments.

Tanglewood focuses on fairly old-fashioned sounds and looks, but that doesn’t mean they eschew modern technology. There’s Tanglewood electric guitars same as there are accoustic guitars and basses from this manufacturer. They also do electro-acoustic guitars, and all of the additional peripherals you need to make an electric instrument work.