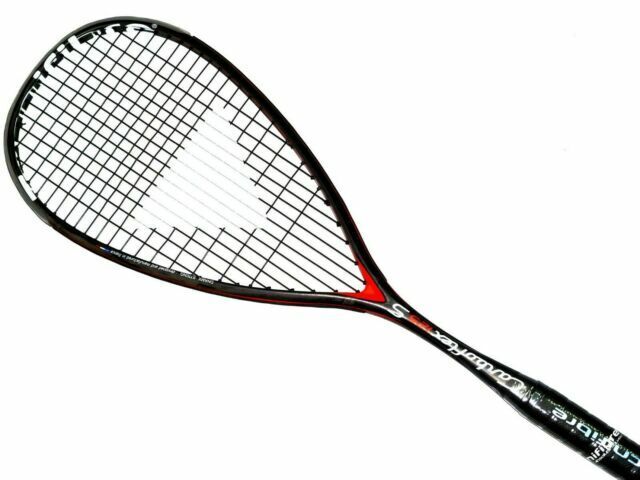 It is important to have confidence in your squash and racquetball racquets when heading out onto the court for a game. Luckily, you can find that confidence in Tecnifibre, a French sporting manufacturer who specialise in racquet sport equipment. Tecnifibre have been making racquets for over 30 years and both the men and women’s world ranked number one squash players use them. Tecnifibre want to show the world that nobody was born a top player but want to inspire you to become one.

Tecnifibre has a large selection of squash racquets for intermediate and advanced players. Pro users can choose from the Carboflex, Suprem, Dynergy or Suprem 2017 series, and intermediate players have the black and white series. Mohamed El Shorbagy, the world #1 from Egypt, uses the Carboflex 125S and helped to design it. This competition racquet is fast and powerful and will suit any skillful player. The Carboflex series has Iso Sharp Design frame geometry, which gives you more maneuverability and creativity while the basaltex within the racket dissipates vibrations.

Tecnifibre strings are world class, and their stringing team travel around the globe to serve tournaments and players. They are the official stringer of many tournaments including the ABN AMRO Tournament in Rotterdam and the ATP finals.