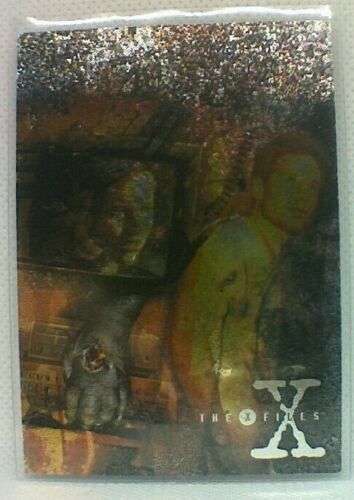 X Files Trading Cards Are Out There

Topps Company Inc. began creating confectionery in 1938, pioneering the modern-day trading card set in 1951 when they started inserting them into the packaging of their Bazooka Bubble Gum. In the 1950s, Topps began their long journey in trading card sets with a range of entertainment cards that included such well-known icons as Elvis Presley, The Beatles and Batman.

Following on from the success of the entertainment cards, Topps launched their football and baseball trading cards, dominating the sports trading card game eventually sold on every continent. One of Topps entertainment editions included the X-Files collectable trading cards, based on the well-known television show of the same name created by Chris Carter which aired for the first time in 1993.

Topps released a number of X-Files collectable traditional card editions over the life of the television show. Each card features an image on one side, ranging from special agent favourites Fox Mulder and Dana Scully to many of the paranormal characters that featured throughout the seasons. The back of the trading cards contains information about the television show, a character profile and episode overviews.

Collecting X-Files Trading Cards is a great way to reconnect with the characters and stories of the television show. Topps Collectors Trading Cards are the perfect item for an X-Files enthusiast to add to their X-Files collectors’ items and memorabilia. They provide a great sense of nostalgia and can make up an important part of a fan’s collection.

Topps released an extensive range of The X-Files Collectable Trading Cards over the original nine seasons of the show, and as a result there is a wide assortment of collector’s cards to choose from.

Whether they are for the avid X-Files fan in you, or simply a gift for someone you know, our eBay sellers offer an extensive array of Topps X-Files collectable trading cards for you to explore.