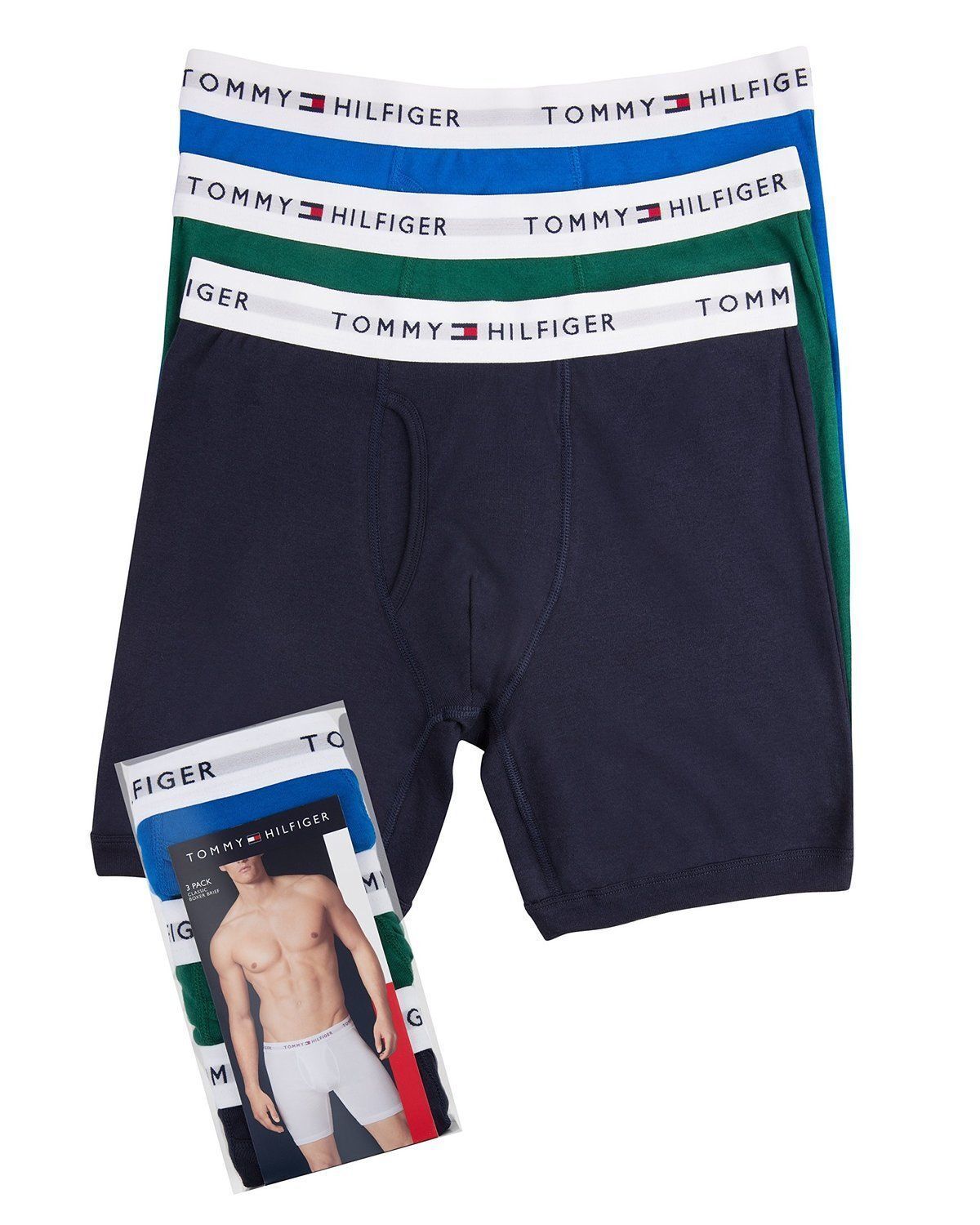 Mens Tommy Hilfiger underwear has made a notable name for itself amongst consumers. Appreciated for its comfort and fit, this mens clothing comes in a wide array of types, colours, and sizes, thus making it easy to find a style that fits you best. Choosing the right mens Tommy Hilfiger underwear is ultimately a matter of personal preference, although the types of activities you partake in may also be a deciding factor.

Which Style of Underwear is Best?

Mens Tommy Hilfiger underwear comes in several basic styles: boxers, briefs, and boxer briefs. Boxers are appreciated for the looseness and the freedom they offer; however, they provide little in terms of support. They typically feature an elastic waistband and a button fly. On the other hand, briefs are preferred by some men for their increased level of comfort and security. This type of underwear provides minimal coverage and does not extend down the leg, making them suitable for men who wear tight pants. They are also less prone to bunching. Other men find that boxer briefs manufactured by Tommy Hilfiger offer the best of both worlds, since this style is snug, supportive, and ideal for physical activity.

How Often Should I Replace My Underwear?

You should replace your mens underwear every four to six months or when it begins to show signs of wear. If the elastic in the waistband has begun to stretch out or is less taut than at the time of purchase, this is a sure sign that it is time for new underwear. Likewise, if your underwear shows signs of stains, has begun to fade in colour, or has frays in the stitching, new underwear is in order. For ease of purchase, Tommy Hilfiger underwear is sold both separately and in packs.

How Do I Determine Underwear Sizing?

To ensure comfort and a proper fit, always consult the mens Tommy Hilfiger size chart as it relates to underwear prior to purchase. You will need to take both your waist and hip measurements into account for proper sizing. If your measurements are in between those listed in the chart, its wise to opt for the next largest size.