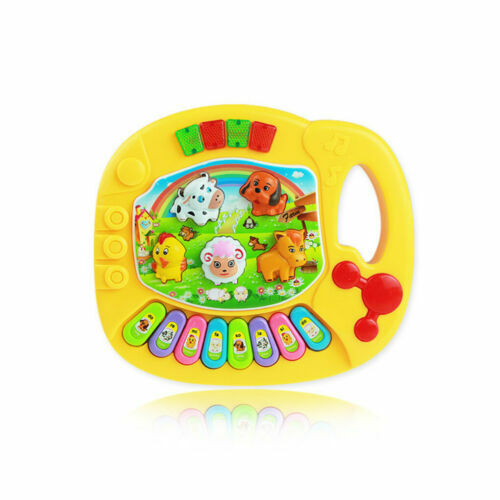 Cultivating musical interest in a child can greatly benefit them developmentally. Children who study music are more likely to be better at math than children who do not play an instrument. Toy piano music comes in many forms for many different age groups. These educational music toys allow children to become more familiar with music and increase their likelihood of music acquisition.

Infants benefit from musical toys because they are interactive and show cause and effect. For early infants who do not have the motor skills to interact with toys, music toys can still be a comfort to them. Many infants go to sleep using music, and older infants enjoy toys with big buttons that result in the sound of a musical instrument. Alphabet toys with musical elements are a good option for a child in the later stages of infancy, as it is entertaining and educational. For infants, a toy piano might be too advanced.

Toddlers have more motor skills and understand how to manipulate different objects. Toddlers gain experience with educational music toys and learn the concept of music. A childs toy piano with fewer keys is appropriate to introduce at this stage. Toddlers are often too young for formal piano lessons, but having an instrument-shaped toy encourages discovery. Educational number toys often come with musical features and are a great way to increase a childs interest in math and music. It may even draw connections between the two.

Many people believe that children should be no younger than five years old before having piano lessons. It is in this early childhood phase when they have enough patience and aptitude to sit down and play notes. There are child-size piano models available that can be less daunting for a child than sitting at a grand piano.

Between five and nine years of age, children are sponges when it comes to language. Music is a language, and piano is a great starter instrument because it involves hitting notes in succession, which is much easier than producing music through a reed, for example, and memorising fingerings. A piano is a map of notes, which makes certain concepts like flat and sharp notes more tangible.