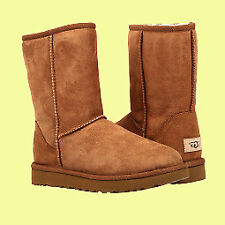 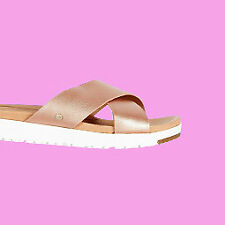 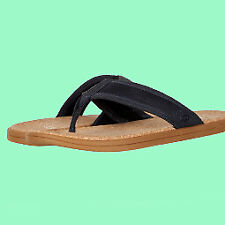 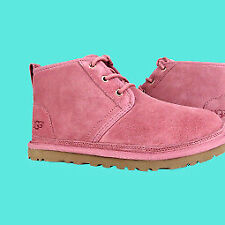 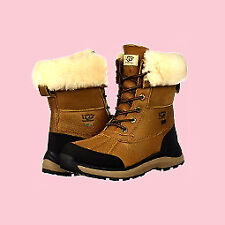 Footwear brands don't ever come anywhere near as iconic as Ugg.

From humble beginnings, the brand has been rapidly and continually expanding ever since, well known around the world for their durable and luxurious styles. From featuring on The Oprah Winfrey Show multiple times, to gracing the pages of the fashionably chic Vogue magazine, a pair of Uggs come with only the best of global reputations.

Founded on the west coast of California by an Aussie surfer, UGG has become a global lifestyle brand renowned for their classic boots for women and men. From the classic and iconic sheepskin boots, to the new range of sneakers, slippers, and fashionable casuals, there is truly something here for you and the rest of your family.

So, What's With The Name?

The honest truth is that no one knows for sure exactly where the idea originally came from, how the iconic boot got their name, or even what Ugg means. Maybe it was named after that hug you feel enveloping your feet whenever you slip them on, or was it the sound you make when your feet slide inside their pillowy softness? One thing that is well-known though, is that the legend of the Ugg is unequivocally Aussie, because these infamous sheepskin boots were born right here in Australia.

The History Of An Aussie Icon

Ugg Australia has proudly been crafting the iconic Australian boots for the last 4 decades. Ugg Australia remains the only manufacturer of sheepskin footwear with their own tannery in Melbourne where they cut, glue, and stitch every single pair of their boots. Ugg are proud of their land, their products, their legacy, and their name.

The UGG brand was founded In 1978 by a young Australian surfer on the Southern California shores with a strong love for sheepskin, and he was convinced that one day the world would also share his love. Less than a decade later in the mid 1980's, Ugg had become a symbol of the relaxed culture that was gaining momentum throughout every surf shop along the California coast.

With a heritage that now spans three generations, this is a family business that puts forward their honest ideal embodied by perseverance, hard work, and intricate craftsmanship, they continue to combine pure Australian culture and raw materials. And they don't use materials from Australia due to their authenticity or quality, but because crafting something that will last for many generations to come like an exceptional pairs of Ugg boots, really helps them to keep their heritage alive.

By the year 2000, they had increased so much in popularity, that Oprah declared that her Ugg boots were one of her Favourite Things, gifting 350 brand new pairs to her studio audience. Then for the first time in history in 2003, the iconic Ugg was offered in pastel hues as they debuted classic boots baby blues and pinks. The new boots in shades of sorbet were an instant success, and when they were featured again on Oprah's Favourite Things the brand again exploded overnight. Not long after, the humble Ugg evolved from basic boots into stylish luxuries that took the New York Fashion scene by storm and graced the pages of Vogue magazine.

The famous footwear brand went on to open their very first New York City retail store in Soho in 2006, and really left their footprint in one of the fashion capitals of the world. They also opened physical stores in Japan's Omotesando Hills, Beijing Solana store, the first of what would eventually become over 50 stores in China. In 2012 they opened their French store in Le Marais, Paris, France which was added to the ever-expanding list of countries with stores that included Mexico, Russia, Korea, Canada, Taiwan, and the UK.

As part of their 35 year anniversary, Ugg debuted a 1978 capsule collection which kicked off a major global celebration deeply rooted in the surf culture of that era.

Ugg have teamed up with a few different fashion label over the years. The only other footwear the founder of Jimmy Choo had in her wardrobe besides her own brand was Ugg, so they joined forces with the creation of a truly edgy Jimmy Choo capsule collection and really shook up the fashion scene together. Then in 2010 they joined with a company renowned for their signature sparkle, offering custom designs utilising the decadent shimmering crystals of Swarovski Elements.

UGG by You offered customers access to completely customizable and one-of-a-kind classics, with customization possibilities that included custom monogramming, charms, Swarovski decals, colour-pop ribbons, as well as over 11,000 possible combinations of colours.

Offering the versatility of interchangeable insoles, Ugg launched their new Twinsole range that delivered the signature UGG comfort in two different forms. This convertible footwear could now be worn with either their traditional cushioned insoles, or they had the option of wearing them with luxurious wool insoles.

UGG launched their Loungewear range for ultimate in luxurious nonchalance in 2013. The range was full of sumptuous silhouettes with that snuggly Ugg feel, as well as a versatile and flattering fit for the true epitome of comfort-wear at home.

Striking a harmonious balance between decadent décor essentials and that classic UGG comfort, they launched the Home Collection in 2013. They took the feeling you get when slipping on a pair of Uggs slippers, that almost indescribable combination of utter comfort and relief, and translated it into their first luxuriously comfortable collection of products for your home.

Ugg boots are an absolute essential for many people around the world when it that cold weather comes around again. Every pair of Uggs have been designed to keep your feet warm, with each boot manufactured with only the finest fabrics, from soft sheepskin lining to genuine suede leather. Whether you're a first-time wearer or a third generation die-hard enthusiast, you are sure to find a pair of Uggs that suits your style on eBay, ready to keep your feet looking cool while they're keeping toasty warm.