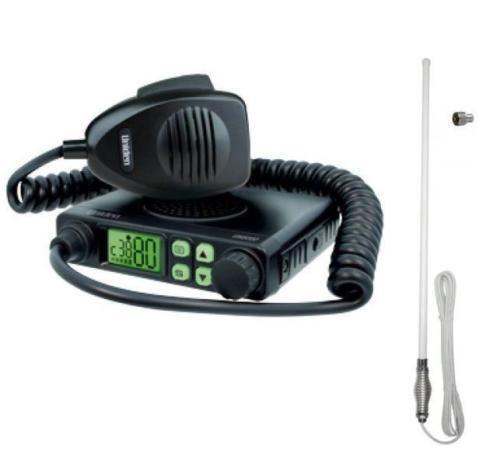 CB radio grew up in the United States in the 1950s and was legalised in Australia in the late 1970s. Although famous from movies and popular songs, truck drivers campaigned for it because it met a need they faced in those days before mobiles were everywhere. At first, Australian CB radios ran on the same 27 MHz frequency as much of the rest of the world, but they meant it to be a temporary measure with a switch to 477 MHz UHF within five years. While UHF radio quickly appeared, the earlier 27 MHz standard still hasnt completely vanished from the airwaves.

What is UHF CB?

UHF CB is something unique to Australia and New Zealand. Originally released with 40 channels nationwide, it expanded to 80 channels in 2011. Most compact CB radios and handheld radios that you find use the UHF radio standard. Unlike AM and SSB CB systems, UHF uses frequency modulation. This gives it better voice quality than its competitors. While the plan was to take all 40 channel sets off the air within five years, 40 channel sets remain legal for use in Australia.

Understanding AM, SSB and UHF

There are three basic CB technologies in use in Australia: two rely on amplitude modulation, the third on frequency modulation. While theyre all pretty similar to use, there are a number of differences in the technology:

While UHF CB radios have access to 80 channels, that doesnt mean you can use them all on your UHF handheld radio. Channels 5 and 35 are only for emergencies; channel 11 is to start a conversation but not for holding one. You also cant use channels and 22 and 23 for voice, as they are reserved for automated data channels. Channel 18 is for convoys and caravans. Channels 61-63 are prohibited because they are reserved for the future. Always pay attention to the regulations as you can be fined quite large sums for willful misuse of the emergency channels. Just hook up your CB, put up your UHF radio antenna and join the conversation.