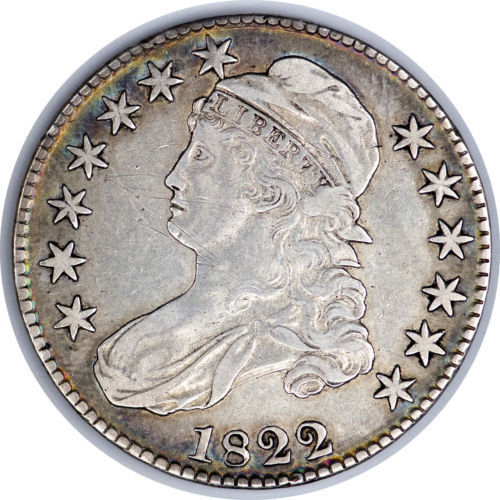 U.S. coins are produced and manufactured by the United States mint and released for circulation or private collecting. While some U.S. coins have been struck into bullion, relatively pure in silver, gold, or platinum content, others are zinc or nickel and then plated. The value of U.S. coins does not always correlate with their precious metal content and can be affected by their condition and rarity.

Over the years, the U.S. mint has often changed the metal composition of its coins and in many cases, the metal a coin is stamped from impacts its value. Brass, bronze, copper, zinc and nickel are easily the most common metal types to find U.S. coins in. Others can be found struck in precious metals, including gold, silver and platinum.

There are many different U.S. coins; those used in modern circulation, those which have lapsed out of circulation, and those minted specifically for collectors. Common U.S. coins include dollar coins, half-dollars, U.S. quarters, nickels, dimes, U.S. half dimes and pennies. In some cases, specific mints of these coins can have specialty names among collectors, such as Flying Eagle Pennies, Buffalo Nickels, Jefferson Nickels, Liberty Nickels, Kennedy Half Dollars and Half Eagles. In some cases, U.S. pennies are also called cent coins.

The minting date for U.S. coins can also have a significant effect on their value, generally with older coins being more valuable than newer ones. Some of the most valuable were produced in the 1700s and 1800s, well before modern minting practices developed. More modern coins minted in the 1900s are often organized by decade such as 1910s coins, 1920s coins and so forth. In some cases, the coins of specific years even within those decades are more valuable.

U.S. coins, like other collectibles, often have other indicators of value. For example, older coins should have their patina intact, rather than being cleaned and polished. Older coins should always be placed in protective covers to keep them safe from the oils on fingers and hands which can slowly wear at and erode coins over time. Misprints such as misspelled words, mirrored sides or other faults can often also increase a coins value.