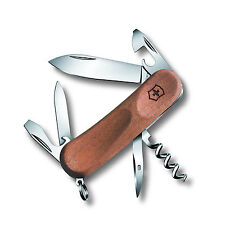 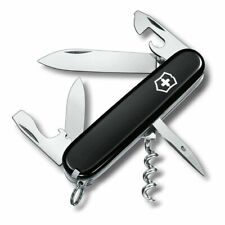 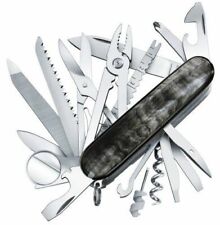 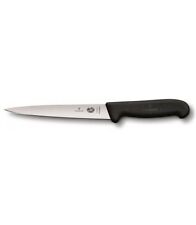 Karl Elsener I founded Victorinox in the late 1800’s. The company was named after his mother, Victoria, combining it with “Inox”, the international term for stainless steel. Karl Elsener I started as a humble cutler in Ibach-Schwyz, back when Switzerland was still a poor country. He started Victorinox when he established the Swiss Officer’s and Sports Knife, supplying them to soldiers of the Swiss Army. Since then, Victorinox continues to offer top quality stainless steel products to Switzerland and the rest of the world.

Victorinox is a family business, passed down through the generations since 1884. Each member of the Elsener family contributed to growth and improvement of the brand. Karl Elsener I was the founder of the brand. He established the Association of Swiss Master Cutlers and patented the Swiss Officer’s and Sports Knife. Carl Elsener II introduced automation and the world’s first all-electric hardening plant to Victorinox. This advancement guaranteed consistent quality across all knives. The Swiss Army Knife gained recognition around the world and began to be a popular souvenir for U.S. soldiers to bring home. Carl Elsener III changed the company from a sole proprietorship to a family company. In 2007, the company was passed on to the fourth generation of the Elsener family. Carl Elsener IV expanded the company further and introduced different products to the brand.