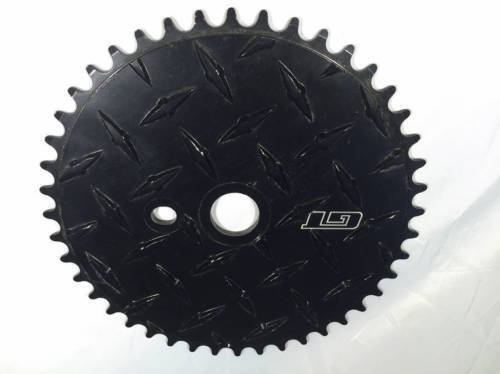 Picture the old times, and the picture in your head will probably include men with stovepipe hats riding bicycles somewhere. The truth is that bikes have been in popular use more or less shortly after they were invented. They might not be as fast as motorbikes or cars, but bicycles are also less expensive, less prone to breaking down, easier to store and cheaper to maintain, and you can keep fit by riding one to work every day. For some, the love goes deeper. If you're one of those folks, you appreciate older bicycles, enough so to spend time on getting them working again.

A bicycle has few parts compared to other vehicles, but there is still a considerable amount of them. The frame is the main thing, but won't go anywhere without wheels, and nowhere you want without handlebars. Then there's more: brackets, stems, pinch forks, and pedals. It takes a lot to get a bicycle going, and when you've acquired one that needs restoration, or even building one up from parts, you could spend a lot of time searching for exactly the right part.

Bicycles were originally invented to get people around, but approximately one minute after their introduction some brave soul rode one down a hillside, and a sport was born. You can also find parts for vintage, BMX bikes as well as vintage road racing bicycle parts to fix up whatever your bicycle of choice is and get it up and running again. Of course, sporting bicycles are more prone to accidents, and so more likely to need replacement parts. At the same time, it's even more important to get those parts right.

Besides individual parts, you can also find complete bicycles for sale. This is a good place to look, if you haven't already, before committing to the purchase of any parts. You may also be able to find bicycles that may be scrapped for parts.