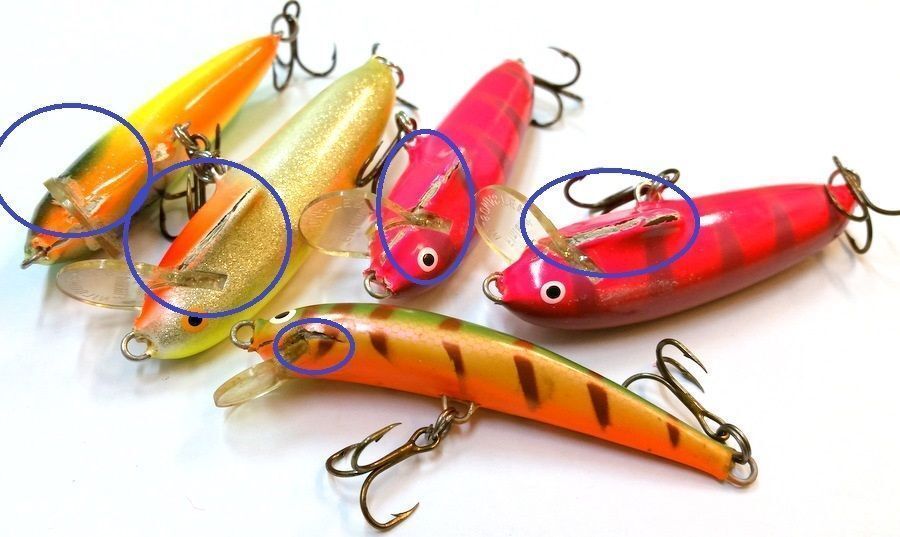 Fishing lures have been around as long as we have been able to catch fish. They have been and are currently for enticing fish and catching them on the hook. The lures emulate the food that larger fish eat, including worms, flies and small minnows. While earlier versions of fishing lures had less detail than current ones, they still had high quality detailing. Most vintage fishing lures use either wood or metal.

Some of the very first metal vintage fishing lures date back to the last half of the 19th century, and these were stamped metal arrowhead spinners and feathered spoons. These had compartments that you could either open or close to make the lures sinkers or floaters. At the same time, Serpentine Spinners hit the market. Haskell lures resembled minnows, which used either brass or copper. These had such fine detail that they often had tiny scales on the lures. Additionally, the Safe Deposit Minnows of the 1890s were nickel plated and are iconic examples of vintage fishing lures.

Heddon lures marked the transition from metal lures to wooden ones. The first ever Heddon lure resembled a frog with four hooks. Following their initial attempt at fishing lures, they continued to make ones named after their hometown of Dowagiac. These had sloped noses and blue paint, which contrasted with the white bodies and red aluminium collars. Others resembled minnows with spotted sides and cartoonish smiles. As the family business grew, they made additional lures known as Tad Polly, Lucky 13, Basser, Luny Frog, Zaragossa and Vamp. Shakespeare was another company that produced wooden vintage fishing lures that were abstract in design, aluminium with acorn-shaped bodies that were robot-like in appearance. They even made lures that resembled mice swimming in water, complete with tails.