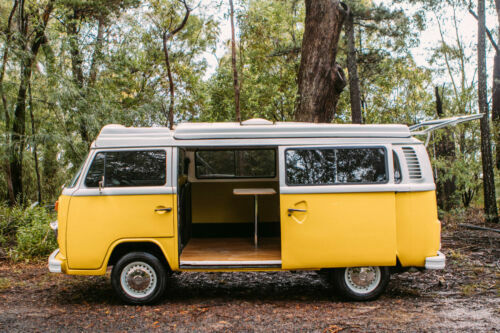 The two classic and most fondly thought of Volkswagen Collector Cars Post 1970 are undoubtedly the Beetle car and Kombi camper van. Their distinctive sound and shape became firmly etched in the minds of a few generations around the world for many years. For many Australians at home and abroad, Volkswagen Kombi camper vanning has been a rite of passage. With their metal dashboards and round dials, the experience of owning and driving one of these dubs is something you never forget. Other VW models first released in the 1970s, and many now consider them collectible cars, including early Golfs, Polos and Sciroccos. Volkswagen vehicles from that era are still on the road, and VW enthusiasts lovingly purchase and restore them.

The Volkswagon Beetle car, in its classic form, is officially called the ‘Type 1’. Unofficially or colloquially, some call it the ‘Vee Dub Bug’. Let us not also forget Herbie, the Love Bug. Whatever you call it, there were over 21 million Type 1 Beetles manufactured worldwide during production. Australia’s own Volkswagen factory in Melbourne contributed to this number for a few decades until the mid-late 1970s. The original paintwork of Australian made Volkswagen vehicles is Aussie’s own Dulux paint, in colours not used elsewhere in the world. Key features of Volkswagen Beetles are their rear engines with 1100-1600 CC ratings and rear wheel drive. Transmission is manual or automatic. The Beetle saloon has two doors and seats four easily. There is also a convertible model for fun in the sun.

Volkswagen Kombi cars or vans, also known as campers, have bariants including T2, T3 and T4 (T1 being the earlier prototype). They too have colloquial nicknames and are often affectionately known as the "hippy wagon." Modified four-door Kombis have manifested in various ways and for various uses over the years. Customised Kombi interiors transform them into campers, minibuses, and cargo vans. Campers with high roofs or pop-up tops give extra headroom. Rear engines reduce interior noise for front passengers. Engine sizes range from 1.6L to 2.0L, with three-speed automatic or four-speed manual transmissions. Two-three door vans with cabs and flatbed released in the 1970s offered a light commercial vehicle for tradespeople.