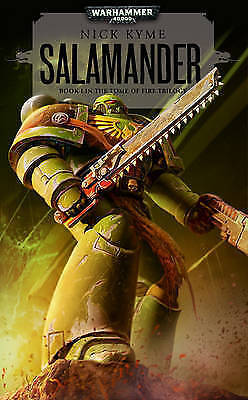 When it comes to fantasy wargaming, theres no name quite so evocative as Warhammer. Introduced in 1983, the original Warhammer game has taken ideas reminiscent of Tolkien and Moorcock and burrowed from there into Lovecraftian depths before taking to the stars. Against this background of fantasy violence and chaos, generations of players have fielded brightly painted miniature armies in mock battles for decades. Even as the games have changed, the spirit remains.

Every Warhammer game centres itself around the same basic principle. You can only field the units you can put on the table. That means that every Warhammer player has to be a miniatures collector in order to play the game. Its all about the miniatures. That one principle has driven the game from strength to strength as fans seek to build the best army they can and then take it to the table.

The latest generation of Warhammer Fantasy is known as Age of Sigmar, and represents a clean break from the previous Old World. This is a squad-based fantasy battle game aimed at the tactical level. Previous editions featured larger armies of smaller figures, enough to cover a full gaming table.

Imagine a world, no a universe, filled with Chaos where the only chance for humanity is the absolute power of the Emperor and his Space Marines. This is the setting in which you field your army of Warhammer 40K miniatures. Its an army of 28 millimetre models facing off across the table at their deadliest enemies, all armed with futuristic steampunk technology reflecting the gothic tone of the Warhammer Universe.

To build a Warhammer army you need to do two things: collect miniatures and then paint them. This is a game where you need to do more than just lay out the pieces. Painting miniatures is an art, and an important way to demonstrate which unit you are fielding.