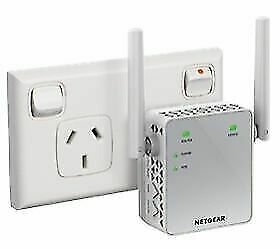 Why Use a Wi-Fi Extender?

When you install Wi-Fi in your home or office, it is generally to extend your mobility. However, as you move further away from the router, you will enter dead zones where you receive a very weak signal or no signal at all. Additionally, some devices and appliances and even walls can interfere with the signal creating even more dead zones. Wi-Fi extenders can be used to easily boost the signal in areas that were otherwise unusable. They are great for tucked away rooms or outdoor areas.

Wi-Fi Extender Compatibility
Wi-Fi standards vary so you should check which standard is supported by your router before buying an extender. Sometimes it is best to replace and upgrade the router before purchasing an extender. For the same reason, you also need to check the maximum speed that your router can support, because your extender can only emit a mirror of the signal it receives. In other words, even if your extender supports a faster speed than your current router, you will still only receive the same speed that the router emits.

Wi-Fi Extender Band Range vs. Speed
If you own an N standard router, you can consider 802.11n Wi-Fi extenders. They offer dual band support and are popular with a 2.4GHz band and 5GHz band, so if you have a dual band router you can get an extender to match. The 2.4GHz band is known for its long range, but 5 GHz Wi-Fi extenders can accommodate faster speeds. However, single band routers are generally more economical.

Installing Your Wi-Fi Extender
When installing boosters, extenders, and antennas, you only need to allocate a few minutes for this task after you have selected a location. It is recommended to install the extender in the middle of the distance between the dead zone and the router. This way, it can both receive and send a strong signal to the area. You can easily set up a connection once you know the router’s SSID and password, which you can sometimes locate at the bottom of the router. However, if your extender offers Wi-Fi Protected Setup, you only need to press a button on each device and they will connect automatically.